“You know you are truly alive when you're living among lions.” ― Karen Blixen, Out of Africa.

Once you have had a taste of life, real life, as Out of Africa author, Karen Blixen saw it, it is impossible to turn your back on it. It holds onto the deepest parts of yourself and starts you on a journey to even greater depths.

More than 80 years after Karen published her tales of life in the Ngong Hills of Kenya, I ventured to the Great Plains Conservation’s Ol Donyo Lodge, where the Chyulu Hills stretch out and touch the plains of Kenya’s Amboseli, and to Mara Plains Camp, in the private Olare Motorogi Conservancy, on the edge of the Maasai Mara. 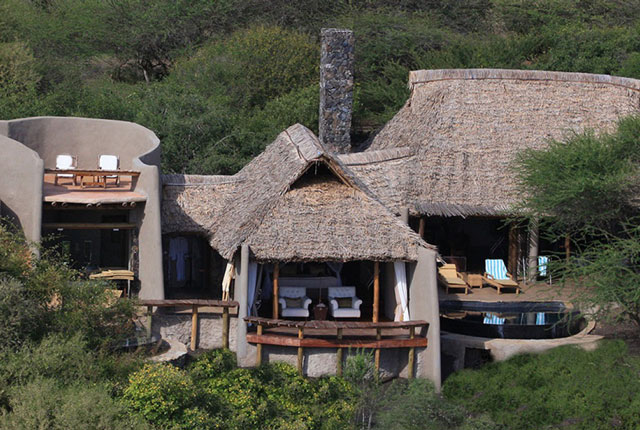 And those tracks Karen wrote of, the trails left by our safari vehicle moving across the land in search of wildlife, they still continue to wind themselves through my mind, long after I have returned home. Because to live, for a moment, among lions and other big cats – leopard and cheetah, the giant tusker elephants and immense herds of wildebeest and zebra, hyena and giraffe, topi and impala, secretary birds and go-away birds, is to feel life pulsate through you like never before. 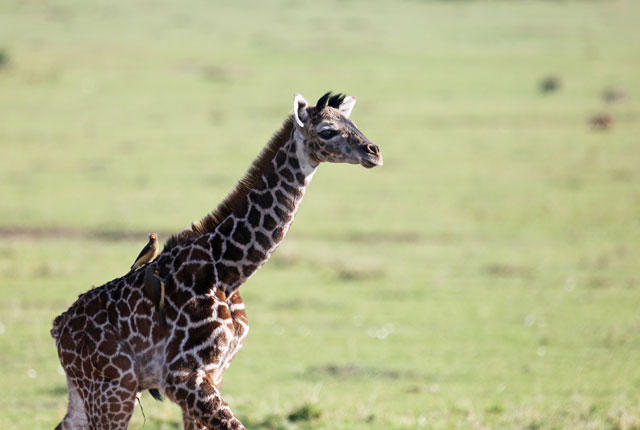 It is the sense of fear and the unknown, it is the humility and the awe of being out of your comfort zone and face-to-face with the threat and majesty of wild animals. To not simply view them from behind a screen or fence, but to roam among them, sleep and eat beside them… that feeling keeps returning to you until you return to it.

At ol Donyo Lodge, our safari unfolded in the private 275,000-acre Mbirikani Group Ranch in south-eastern Kenya, next to Chyulu Hills National Park, with the summit of Africa’s greatest icon – Mount Kilimanjaro – in the distance. The ranch is owned by 4,000 Maasai and is leased from them by Great Plains Conservation. The full lease fee and per person conservancy fee goes to this community on the understanding that they will ensure the conservation of the ranch and the wild animals which call it home. 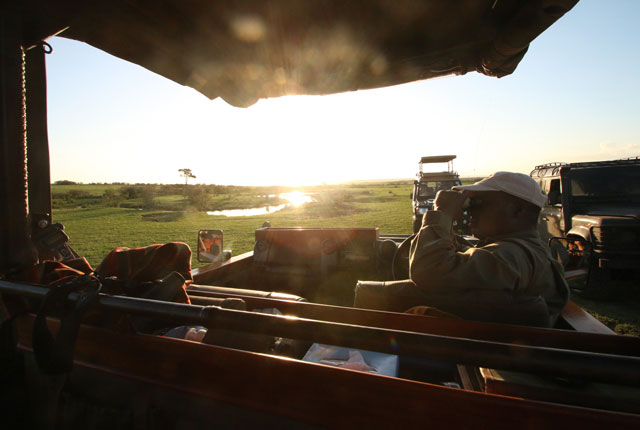 The result is an area rich in wildlife, where you can glimpse Africa’s last giant elephant bulls and listen to the calls of the leopard and lion that are being pulled back from the brink of extinction in this region. We headed out on morning and afternoon game drives, with Maasai guide and photographer, Jackson Lemunge, and spent time among the antelope and birdlife. The predators remain elusive in these parts, but rather than being a drawback, it allowed for some exquisite hiking, horse riding and mountain biking over the plains and hills.

On one cycle, after a slow morning horse ride and a bush breakfast beneath the shade of an acacia tree, guide Nadine Ospelkaus and I found ourselves completely surrounded. Alone in the wilderness, we looked around to find an endless journey of giraffes making their way across the horizon in front of us. From right to left, a herd of wildebeest and zebra kicked up dust in their continuous trek, while behind a Maasai herder and his great horned cattle closed in on us to complete the circle. Rather than fear, we felt a deep sense of being part of the wildlife scene here, of being one of the players in this wilderness, one of the animals. 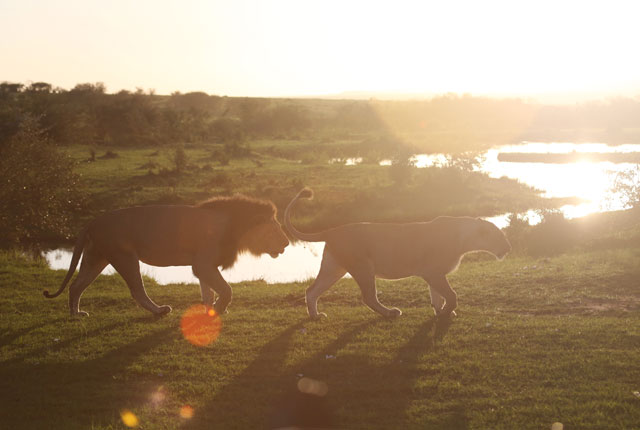 Further west, at Mara Plains Camp, amid a thick, riverine forest on a bend in the Ntiakitiak River on the northern border of the Maasai Mara National Reserve, I found myself in a land quite different. I found myself in predator country. With guide, Nicholas Ratia behind the wheel, we spent every possible opportunity in search of the wild things. Whether early morning, late afternoon or night, on a game vehicle or merely dining in camp or lying in bed in the immense canvas tents, the sounds, sights and smells of safari life took hold. 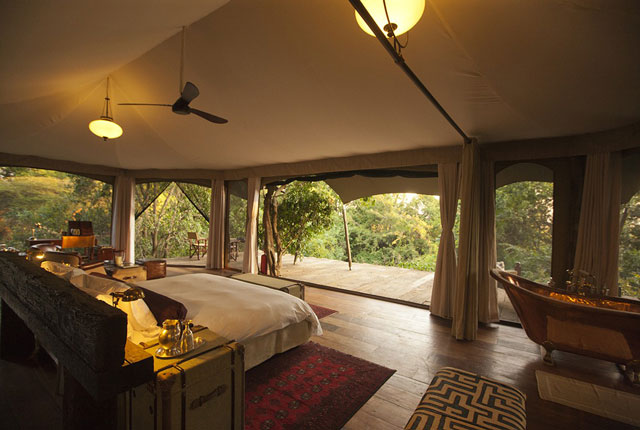 Watching lions mating, feeding, sleeping, playing, and mating some more; watching the sun rise over a leopard mother and her cub, the cats stirring, leaping and rolling together as the sleep left their bodies; these scenes were all the more special because of the camp’s exclusivity, its isolation as one of only five camps in the 100,000 acres of the conservancy.

For what felt like an entire morning, Nick, our leopards and I sat in silence together. Not another soul in sight. Mere metres between us. As the cub sniffed our tyre and curled her tail around the edge of our vehicle, it looked up at me sitting inside, its big blue eyes meeting mine. And I felt it… a deep sense of what Karen Blixen wrote of. I felt the life rush through me and I knew it would never leave.