The three-stage road trip from Kerala to Karnataka continues. Second stopover: the lake village of Muhamma and the Backwaters, whose 1,500 kilometres of canals and lagoons form a fascinating labyrinth.

I leave Kochi and my car soon crosses between two bodies of water. To the west is the Arabian Sea, part of the Indian Ocean. To the east are the backwaters, a network of canals that run in parallel inwards towards the land. A dozen kilometres at most separate these two fluid spaces. The road, itself, is flooded by exuberant foliage: teak, rosewood, sandalwood, coconut palms, hibiscus, bougainvilleas and coconut trees loaded with fruit. Shortly after, the car turns right down a dirt road, and then an immaculate beach appears. Long fishing boats, decorated with lively designs, seem to float languidly up to the horizon. Yet, this little world of fishermen is in fact in full action. The colourful nets of racing green and maroon are mended then hoisted aboard boats by four, five, six men in a dance orchestrated by rough, agile hands. These nets are used to catch King prawns, the enormous shrimp that come to regale the refined palates of Europe and Japan. Along the beach, nicely decorated huts offer tea and juice. On Sundays, they welcomefamilies who come to enjoy the ocean, stylish girlfriends off to enjoy some ice cream, and young, respectful couples. Next, I take another path that heads in the opposite direction, full east. At the end of the road is a portal, a house that emerges suddenly out of nowhere: Purity. Its large lobby is an art gallery, which then leads out to a central open-air pool surrounded by terraces lined with beautifully set teak tables. Beyond, a vast garden opens onto a natural lake. It’s huge, the second largest in India. A lacustrine peace prevails as several fishing boats move in rhythm across the water, like charcoal strokes in the silence of this inland ocean. The scene makes me think of Japanese prints or the old designs on rice paper from Indochina. The lunch here is a moment of pure sublimity: twelve curries are served like twelve offerings, skilfully dosed with spices and curry leaves, tamarind and cumin. There is a bit of bitterness, a lemony scent, unknown flavours and a natural sweetness, all arranged on the chef’s palette — a large banana leaf.

At the end of the road is a portal, a house that emerges suddenly out of nowhere: Purity. 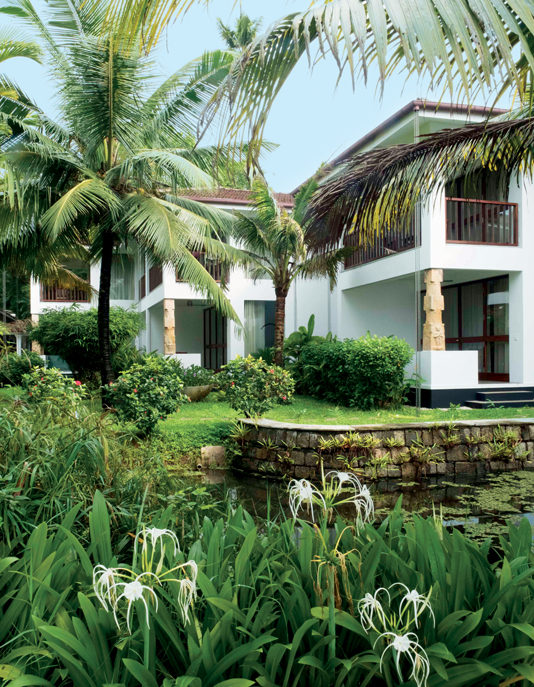 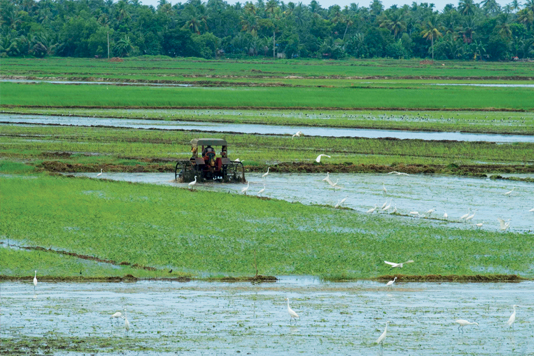 There are some days that are more difficult than others, but today is not one of them as I set off equipped with a crew, captain, sailor and cook. The ship contains a galley, a room with a lounge, and a superior deck. From the deck’s moderate altitude, I reflect on the vastness of the Vembanad lake. Its banks appear like a pearl necklace, dotted with Chinese fishing nets, these huge infamous nets stretched across triangles of bamboo and gracefully manoeuvred by a clever counterweight system that tirelessly raises the hauls of fish. It takes twenty minutes to cross this inland sea where several fisherman can be seen working, sailing among the patches of mangroves in bloom. Beyond them are the famous backwaters, nearly 1,500 kilometres of canals running parallel to the sea. Heavy barges load and unload rice, along with coconuts and cashews. Yet here, it is a sense of tranquillity that reigns, enjoyed by the kingfishers perched on the electric cables lining the dykes where tiny villages, churches, mosques, schools and temples appear. 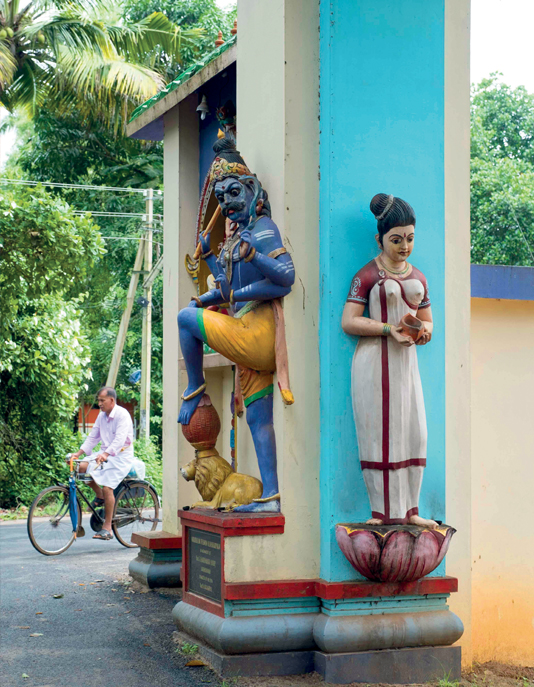 There are also newly renovated barges, who have lent themselves to life on the water. They range from small boats where couples live their idyll between the water and stars, to larger ones, the size of buildings, where the party is always in full swing, with Indian students dancing through the night. Beyond the dykes are the rice fields; sunken, they sit below the sea level. This is where the “Rice Bowl of India” begins. Twenty metres from the canals, tractors equipped with water wheels spin through the rice paddies, maddening the flocks of resting white herons with each shift of their gears. Tonight, a few drops of rain fall from the sky. From the window of my hotel room, I stare at the ripples being formed on the lake’s surface. I am not alone. A couple of squirrels are beside me: watching, nibbling, enjoying the time passing in complete serenity.

Next: end of the trip to Kerala and discovery of Bangalore, around the theme of well-being.