Your father is a hero. Here is a selection of some of the finest fatherly favourites from around the world, to take Dad not merely on Father’s Day, but whenever the call of the wild rings or the time to show your love for the first man in your life beckons.

The father who lugged you out of bed at sunrise and up a mountain on weekends and holidays and showed you the infinite beauty of the world, the fixer, the adventurer, the wise elder, the mentor… this is for them.

Here are ten places to discover with him.

1. On the Edge of the Wild - Clayoquot Wilderness Resort

Dad will love: Take Dad into the wilderness, starting with a trip by sea plane or boat and arriving in Clayoquot Wilderness Resort’s ancient temperate forest, with its rare species and more than 1,000 year old cedars. Go whale-watching, bear-watching, canoeing, archery, fishing, and horse riding during the day and at night curl into your soft bed in one of the eco-lodge’s huge tents. 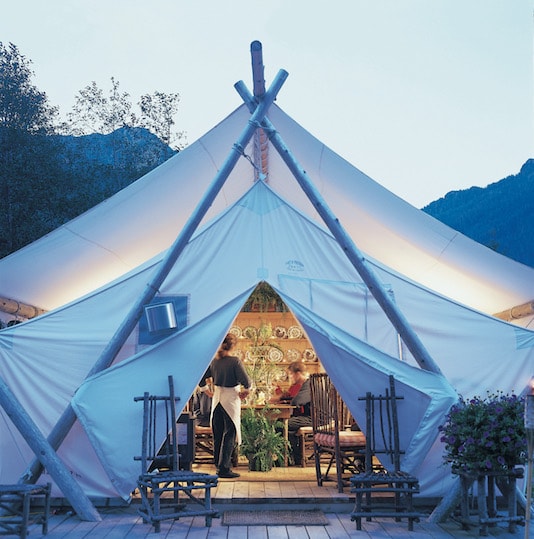 2. Stargazing in the Great Outdoors - The Lodge at Glendorn

The hotel: Halfway between Pittsburgh and Buffalo lies this charming lodge on a 1500-acre Pennsylvania preserve in the United States.

Dad will love: This cabin in the woods is set amid spruce forests where it is not uncommon to spot foxes, deer, bears or beavers and adventure. Immerse in nature, with a range of relaxation and athletic activities, including fishing along Fuller Brook, on privately owned riverbanks, with the region's best guides. Test dad’s stargazing skills on a night viewing at 2,100 feet in elevation, while the staff help point out the constellations, before a memorable evening of bonfire, s’mores, champagne and micro brews. 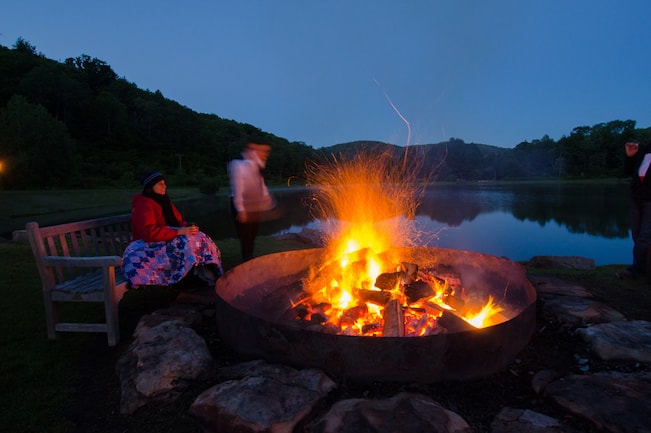 The hotel: Set on a land dotted with volcanoes and enchanting forests, this hacienda lies in the Pucón region of Chile.

Dad will love: A land of vast lakes, crystal clear rivers and emerald green trees, the area is ideal for birding, kayaking, boat rides, sailing and river rafting. Glimpse the wildlife and plants on horseback with the former coach of Spain's Olympic equestrian team as your guide. In winter the fun continues with, ski touring on the volcano, snowshoeing and winter horseback riding. 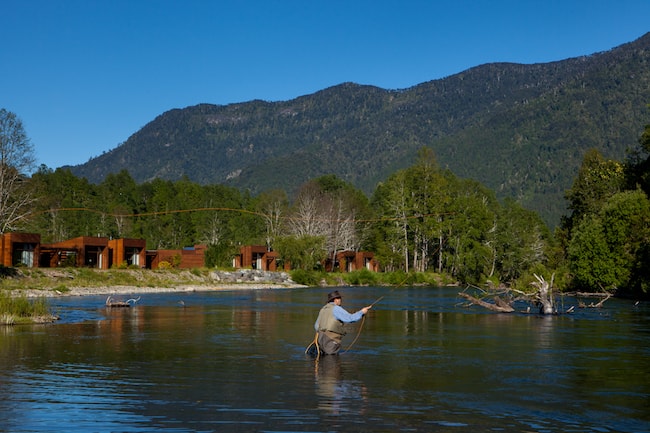 The hotel: Amid a vast stretch of dunes at the end of a maze of footways on the coast of Landes, you will find France’s Les Maisons Marines d’Huchet overlooking the Atlantic Ocean.

Dad will love: At this large colonial-style estate restored by Christine and Michel Guérard, astound Dad with a one-of-a-kind opportunity to taste the cuisine of one of the greatest chefs of our time. And between the wining and dining, five into the untamed ocean during a surfing lesson with your own trainer and bond on the beach beside the big blue. 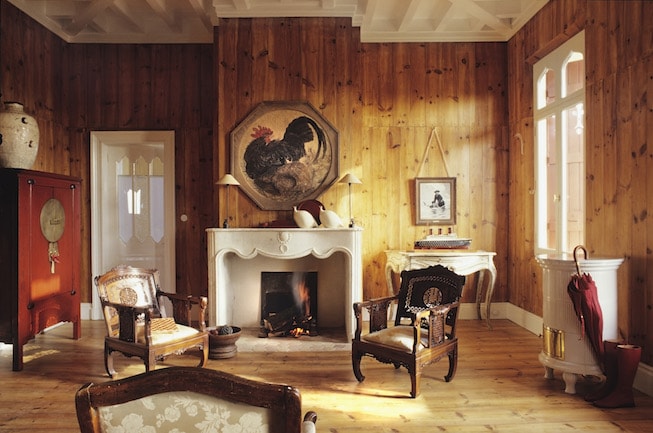 The hotel: Palazzo Seneca’s 16th century building lies in the town of St. Benedict, Norcia, in Italy in the Central Apennines.

Dad will love: This palazzo with its enchanting gardens is the ideal base from which to explore Umbria and the National Park of the Sibillini Mountains. Slip on your hiking or biking shoes and explore the paths running up and down the crests of the Sibylline Mountains, keeping a look-out for the many animal species that inhabit the national park. Coming back later towards October, interest Dad in a truffle hunt, going in search of the "black gold" that the region is known for. Followed by meal at the restaurant Vespasia. 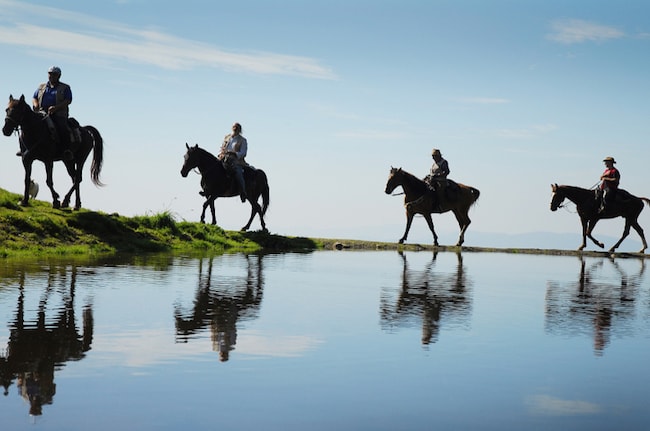 The hotel: The Château St. Gerlach in the Netherlands was originally in a monastery in 1200. Park, vineyards, herbs garden, vegetables garden, rose garden and church decorated with splendid 18th century frescos form together an enchanting estate in the Geul valley.

Dad will love: The Château St. Gerlach has a special offer for beer lovers dads. They can enjoy a tasting of local beers on Sunday June 17th at Burgemeester Quicx, the property's café. The team has composed a fine selection of three beers from small local breweries, which they will propose for tasting. And since the offer is bookable for at least two people, you can take advantage of it with your father!

The hotel: This safari lodge rests on the slopes of the Chyulu Hills in Kenya, with views of the snow-capped Mount Kilimanjaro.

Dad will love: Explore the region’s high-altitude mist forest, lava fields, woodland, savannah, and kopjes. Meet local Maasai people, and get closer to the wildlife on game drives, horseback or foot, or while sitting in a hide (twenty paces from some of the largest elephants in the world). hike through lava tube caves or to the top of ol Donyo Wuas. Recreate childhood camping memories with the family while sleeping under the magnificent Kenyan Milky Way and fall asleep to the distant roars of lions. 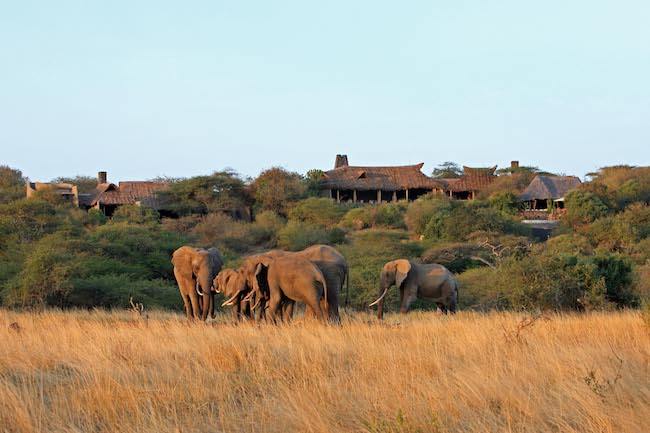 8. Between Mountain and Sea - Ellerman House

The hotel: In the heart of one of the most exclusive suburbs in Cape Town, Bantry Bay, in walking distance to the Clifton and Camps Bay beaches, this elegant Edwardian mansion overlooks the Atlantic Ocean.

Dad will love: A fondness for the finer things in life meets a love of nature at Ellerman House. Its lush indigenous garden, fresh ocean air and terraces overlooking the Atlantic, live alongside its brandy tasting lounge, the Wine Gallery (a cellar for the hotel’s 7500-bottle collection of vintage wines), fine cuisine and one of South Africa’s most important art collections. Take Dad up Table Mountain or Lion’s Head behind the hotel or to the beaches in front and then retreat to the hotel Spa or pool before the sun sets over the city. 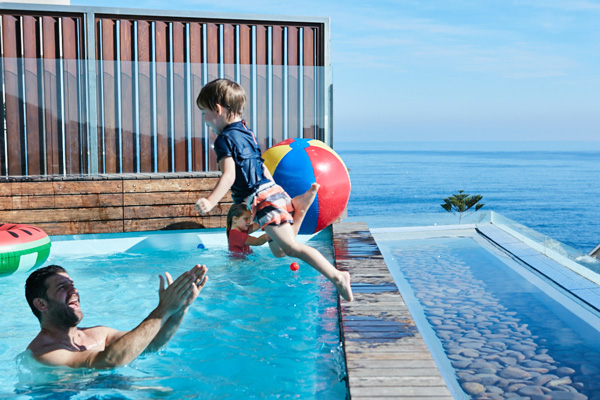 The hotel: This exclusive Japanese retreat is situated in the heart of Hakone National Park.

Dad will love: Once a summer home for a member of the Imperial family, this traditional Japanese ryokan will expose dad to the ancient art of living in the Land of the Rising Sun, with an outstanding golf course carved into the Hakone landscape of Japanese printmaking, kaiseki cuisine and natural hot springs heated by volcanic rocks. 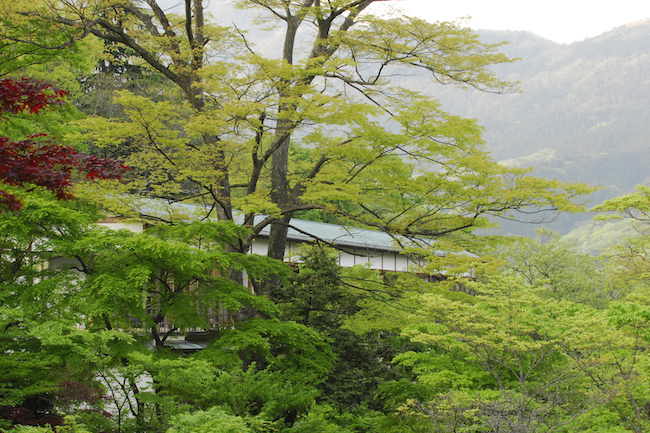 The hotel: Otahuna Lodge lies near Christchurch on the South Island of New Zealand in the region known as Canterbury - the largest and most geographically diverse province on the island.

Dad will love: Forest clearings, ponds, orchards and countless birds await as you take walks, go fly fishing and ride bikes. A few treks upwards offer stunning views of Christchurch and the surrounding area. Within 2 hour’s drive from the Lodge impress dad with sights of the crater rim of an extinct volcano looking down 300 metres to the ocean, or tempt his adventurous spirit with a swim in a quiet harbour beside the world’s smallest dolphins, fly-fishing for trout or salmon in virgin streams, an ice picnic on glaciated mountains, and hiking through native beech forests. 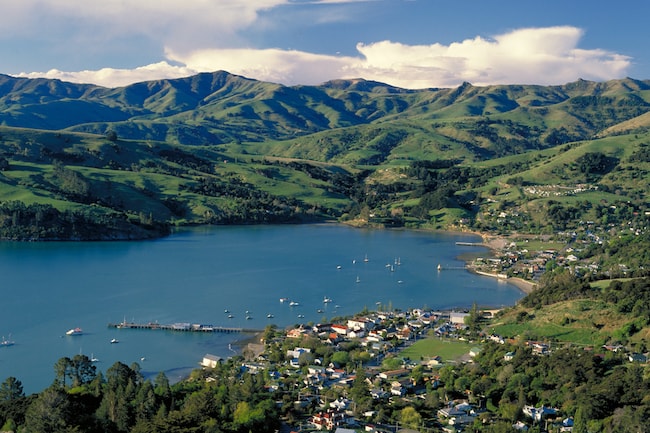