Today, forty Relais & Châteaux chefs with over fifty Michelin stars are raising their voices to support their oyster producers.

Career sports writer Stéphane Méjanès changed course in 2011 to tell the story of fine dining from field to fork, following a life-changing forest encounter with some great chefs in Lapland. As a freelance writer, his work regularly appears in Omnivore, and has presented La Scène Artisan at its Paris festival since 2015.

“We might be floundering, but we can still help our seafood farmer friends!” For Olivier Roellinger, vice-chairman of Relais & Châteaux, when the going gets tough, solidarity gets going. Restaurants are part of the ecosystem bringing sustenance from the earth to the table, or from the sea in the case of this proud Cancale native “born in an oyster shell.” “Every Christmas, I worked with the oyster farmers who were friends with my father,” he remembers. “This is the time of year when they make 80% of their turnover. With just six guests authorized at each French home for the 2020 holidays, it’s difficult for aficionados to gather, and unlikely that each household will include someone who is capable of opening oysters.” For this staunch defender of our halieutic resources, the oyster is a strong symbol. “When you raise to your lips this stone retrieved from the bottom of the sea, you are doing the same thing that your Paleolithic ancestors did,” he explains. “It is also a return to the origins of life.” He makes a simple request: that throughout the Relais & Châteaux members, chefs declare their love for oysters and explain how to open and enjoy them. Michel Kayser, Maxime Nouail and David Toutain reply in their own words.

“Growing up in Moselle, we always had oysters for Christmas and New Year’s Eve. When I came to the South of France, I discovered the oysters from Bouzigues and Étang de Thau. Since then, I have remained loyal to the local oyster farmers, particularly those of Maison Tarbouriech. Their oysters are typically Mediterranean: meaty but not fatty, almost crunchy. I propose a dish at the restaurant that has changed over time. The latest version includes shallots, lemon, cardamom, soy and lovage. Personally I prefer an oyster plain or with a squeeze of lemon. To open the shell, I insert the blade of a knife into the side, sever the muscle, continue slicing along one-third of the edge, scrape off the flesh remaining on the upper shell, detach the foot, and turn the oyster over. The domed side is magnificent.” 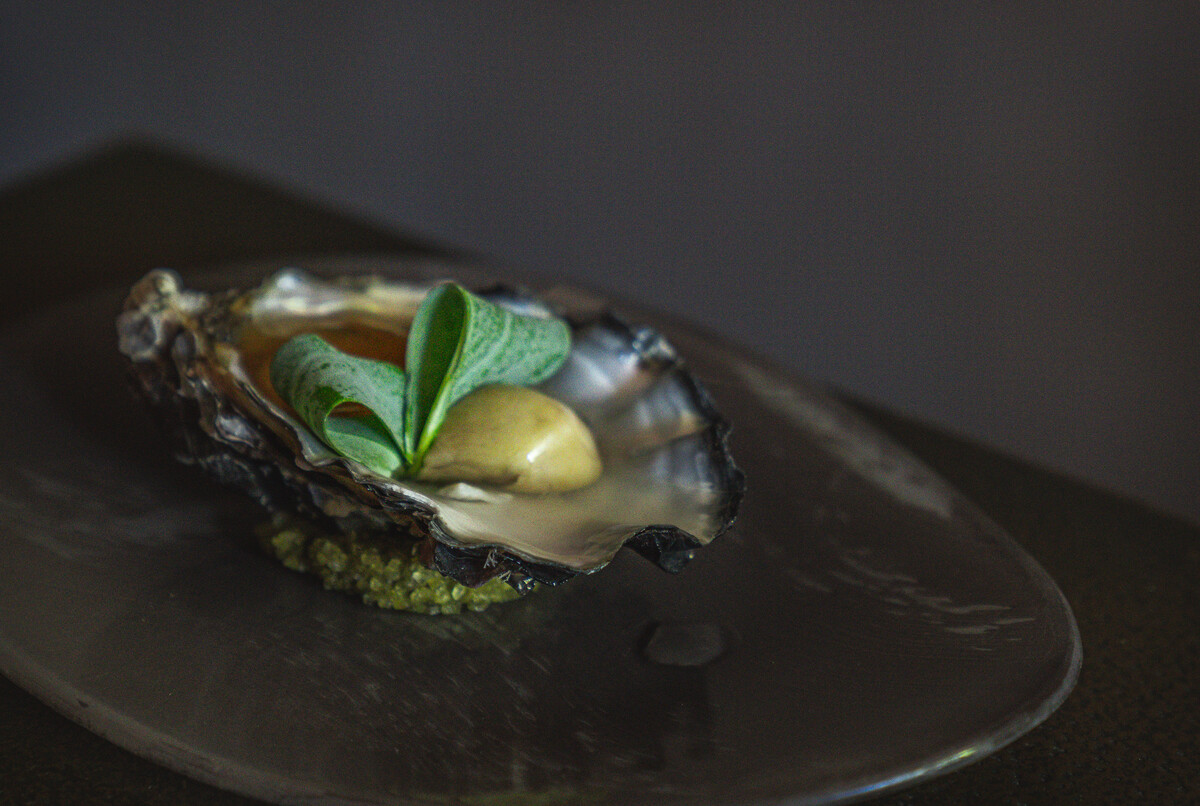 “When I was a kid in Plumelec, we always bought two or three dozen for Sunday lunch. I have always been a seafood chef, and oysters play an important role on my menu. I serve them three ways as hors-d’oeuvres, and I also use them to replace salt – to accompany meat or fish – and even make ice cream with them. At home, I enjoy them with a light dash of yuzu juice or a little freshly ground pepper. For 20 years, our Domaine has worked with Philippe Le Gal, chairman of the Regional Shellfish Committee of Southern Brittany. He lives six miles away as the crow flies. I know that he is having a hard time at the moment, but he has ways to deal with it, like selling his shellfish at the market in Lot every weekend. In fact, I’m going to go with him.” 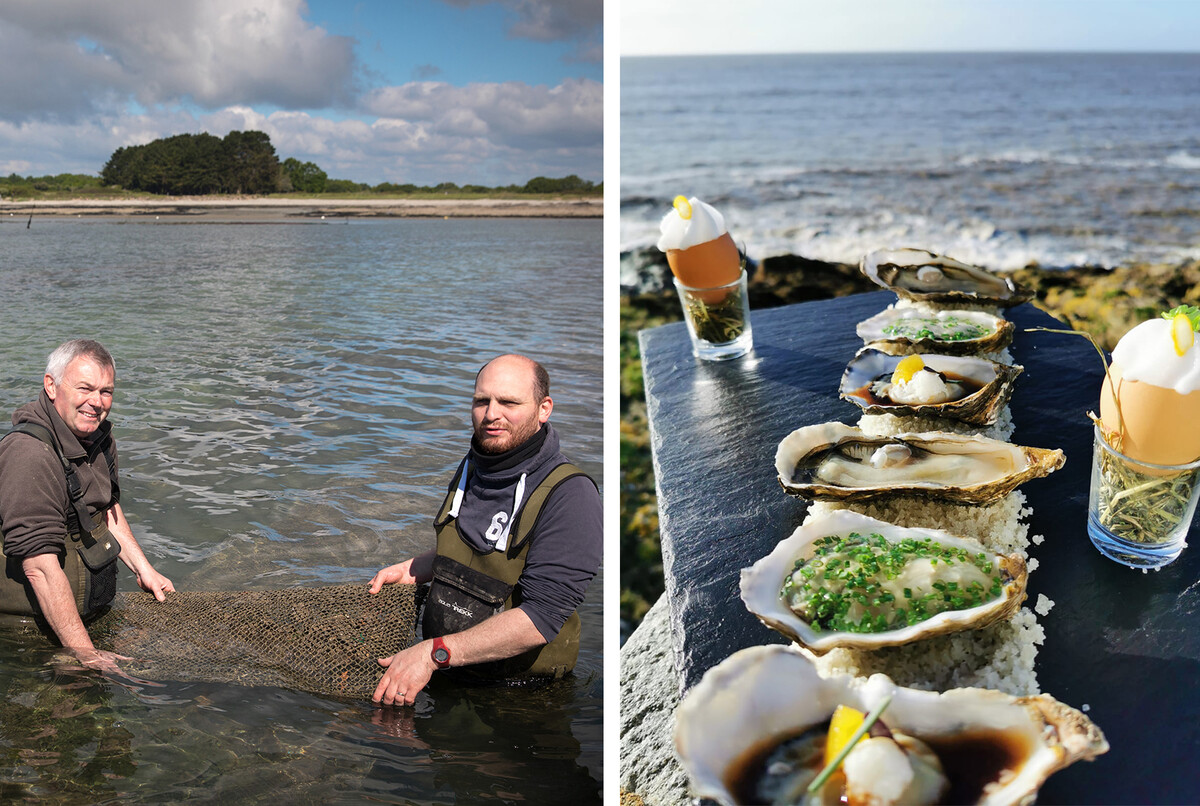 “Oysters are about family and conviviality. I grew up in Cherbourg, and my parents often served a tray of oysters and a bottle of Muscadet. I prefer them raw and unadorned. The only hot oyster dish I ever enjoyed was the one we prepared when I worked with Alain Passard. We placed the oysters still closed in the oven for three minutes, then opened them and seasoned them with a pat of unsalted butter and a drop of sherry vinegar. Perfection! I don’t really like the traditional vinegar/shallot condiment, so I created a dish featuring a crispy raspberry tube filled with shallot mousse and chunks of oyster and raspberry. People love it. But I wouldn’t open an oyster without protecting my hand with a dish towel, even after 20 years of practice!” 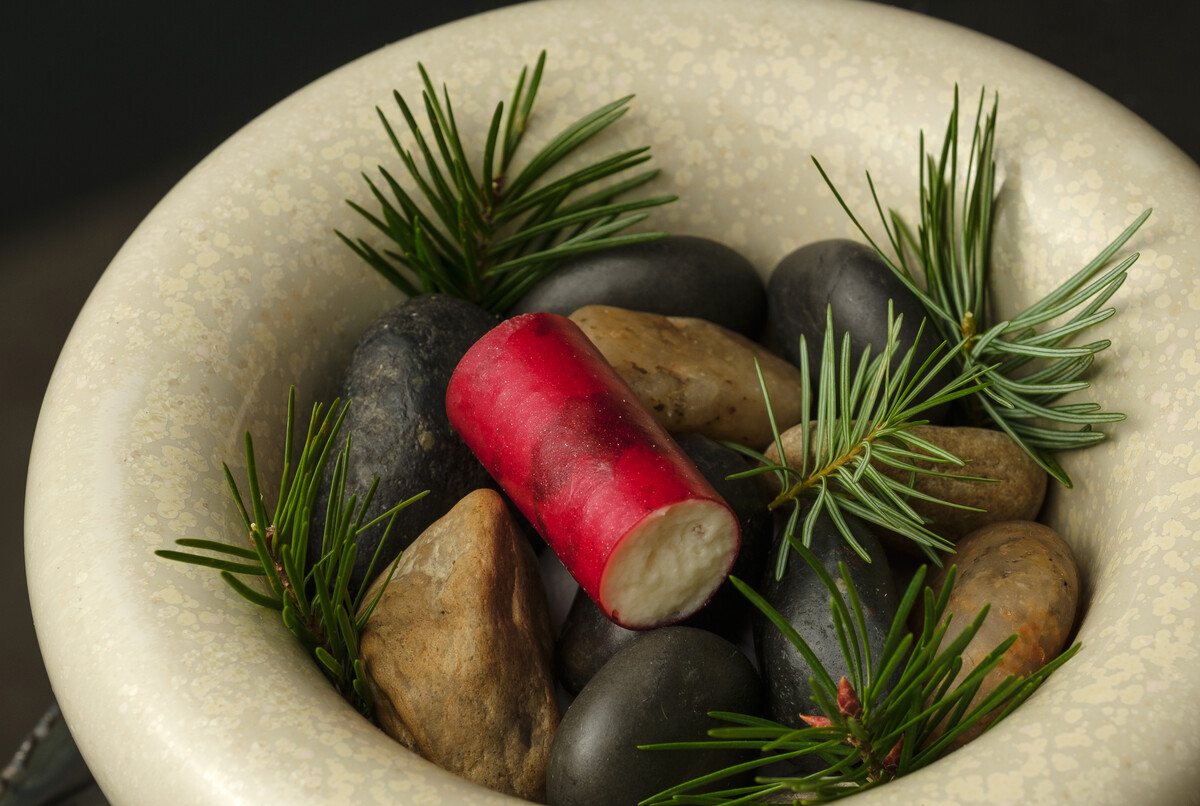