Over the course of three decades, Tetsuya Wakuda’s eponymous restaurant in Sydney has become one of the most acclaimed eateries in Oceania. Over a meal, the chef and his team share their grand vision of what makes a great restaurant.

Journalist, she is a founding member of Premiere Personne collective. Signature for Omnivore Foddbook, Le Parisien Magazine and Libération. Kim is interested in the culture of taste in its many forms.

One of the first ways you can recognize a great restaurant is by its timeless atmosphere. When the dark of night descends upon the Zen garden hidden amidst trees and buildings somewhere in Darling Harbour, the immense Japanese structure gleams and glows with golden lights. Yet it feels like home. “I want people to relax,” says Chef Tetsuya Wakuda succinctly as we walk along the large glass-enclosed cellar where the greatest labels of his favorite Bordeaux and Burgundy wines line up to be admired. But how is it that the cuisine at one of Sydney’s best restaurants is built on “a French base with Asian touches,” as the sexagenarian himself describes it? “Australia is a natural expression of fusion: Australian can be Italian, French, Japanese and so many more nationalities- in fact it can be anything. There are so many immigrants living in Australia who are Australian. I am Australian” Raised on the coast of the Japanese prefecture of Shizuoka, Tetsuya came to Sydney when he was 22 and spent his apprenticeship with Australian Tony Bilson, a time when he discovered aged meats, wines, sauces – those earthy flavors he so reveres. At age 30, he opened Tetsuya’s, where he is at this moment pushing through the double swinging doors to the central kitchen. 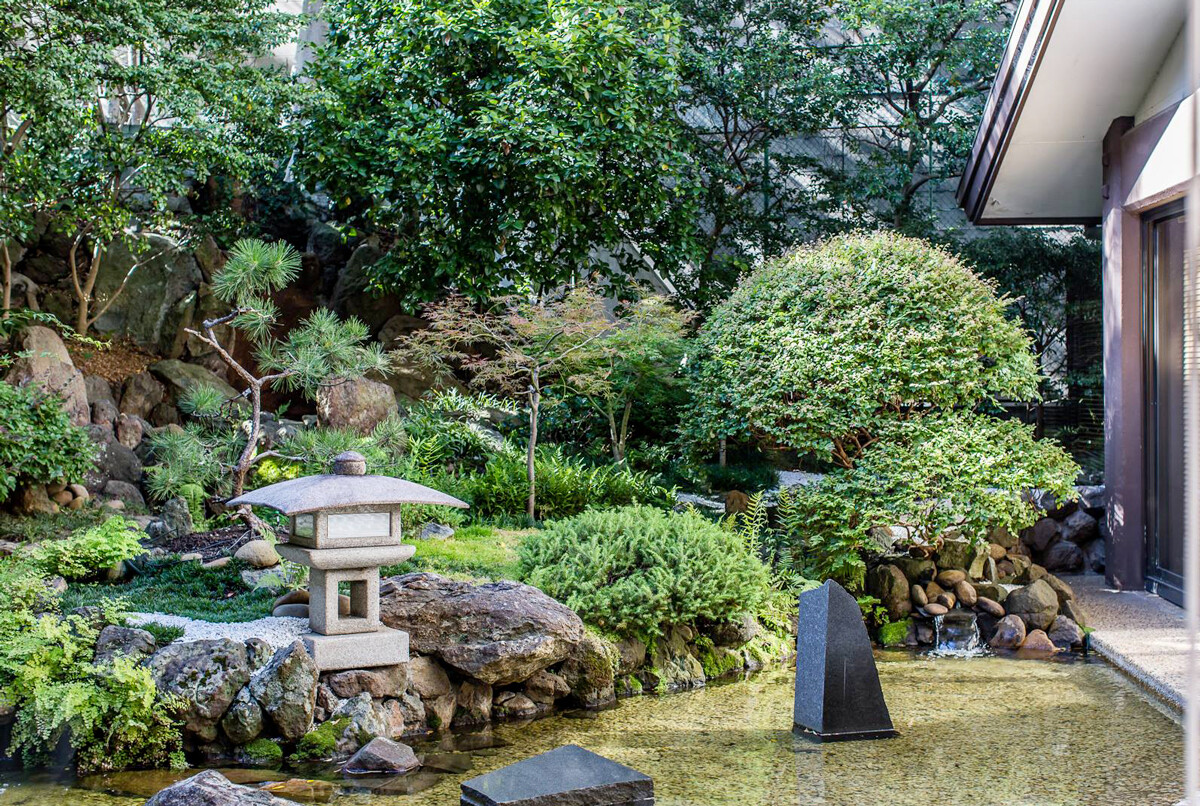 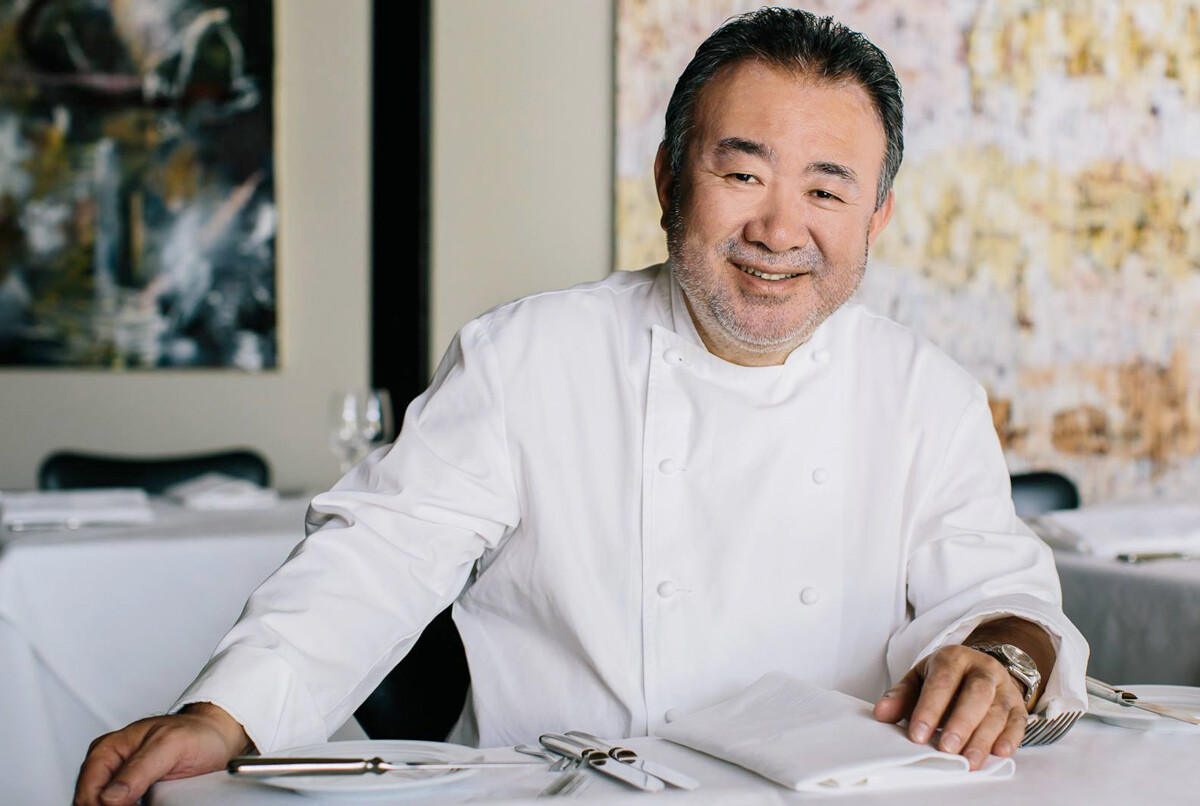 Other than the wines and chefs he brings over from Europe – Head Pastry Chef Mathieu Baverel and Executive Chef Josh Raine – which he considers indispensable, Tetsuya loves cooking with local and Australian ingredients. “You can grow or raise practically everything” by virtue of the island-continent’s tropical climate and the temperate climate on the adjoining island of Tasmania and its surroundings, all blessed by the generosity of the Pacific Ocean. He takes delivery of a box of abalone of a truly extraordinary blue, leading to talk of his signature dish, Confit of Ocean Trout, which has evolved as the restaurant has developed. He watchfully cooks it in an oil bath, a method used in both Japan and Britain. “Trout has replaced salmon over the years, and that’s because of its texture. More than 60% of a food’s taste is experienced through its texture.” 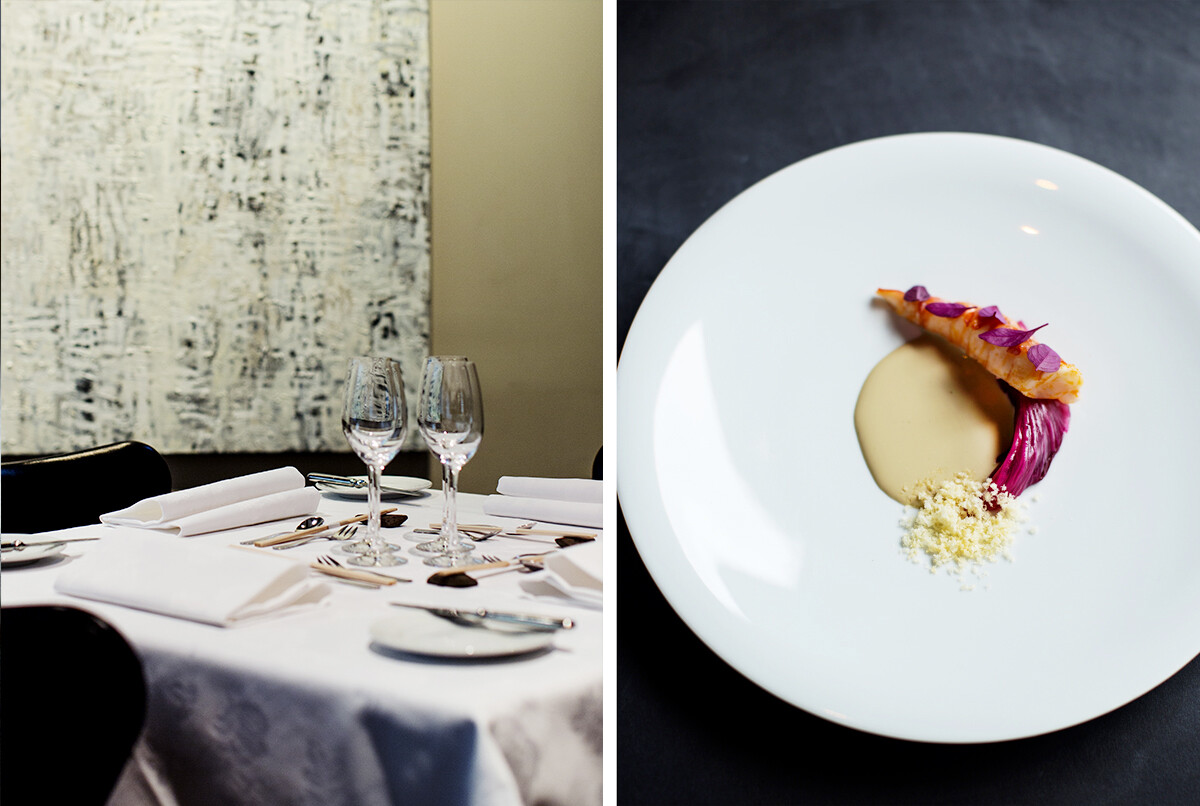 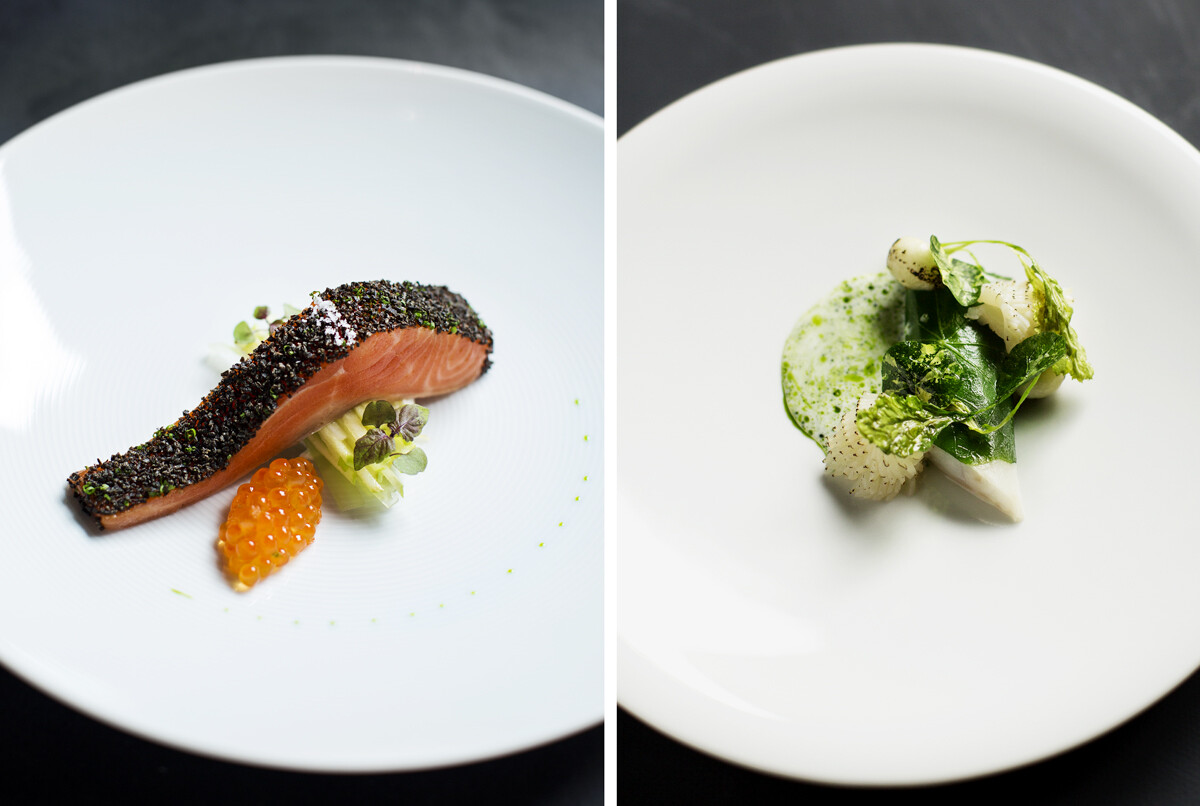 Now we sit down to address the most important subject of the interview: the food. Following the starter of Tuna with Daikon and Wasabi, the contrasting textures of the Confit of Ocean Trout dance delightfully across the tongue: the kombu-crusted confit trout – so thoroughly confit it seems nearly raw –, then the tart, astringent zing of julienned Granny Smith apple, followed by crunchy chicory and the oily explosion of a spoonful of salmon roe. From the cellar, Italian sommelier Fabio Danzi pairs the meal with distinctive wines, from German Rieslings to Australian and New Zealand treasures, old-world grapes vinified the way the locals do. The roast quail leg with radish, argan oil, and truffle jus is reminiscent of the meats with sauce found in more continental cuisine, perhaps a nod to his years of Australian apprenticeship. The desserts – like the unexpected crispy-crunchy-jellied symphony of the Chocolate Stone with Honey and Milk – can be enjoyed with the concentrated wines so masterfully produced by the states of New South Wales and Victoria. The menu is ceaselessly evolving. And so what does Tetsuya Wakuda believe to be the secret to this great restaurant? “We are still pushing to be the best.” 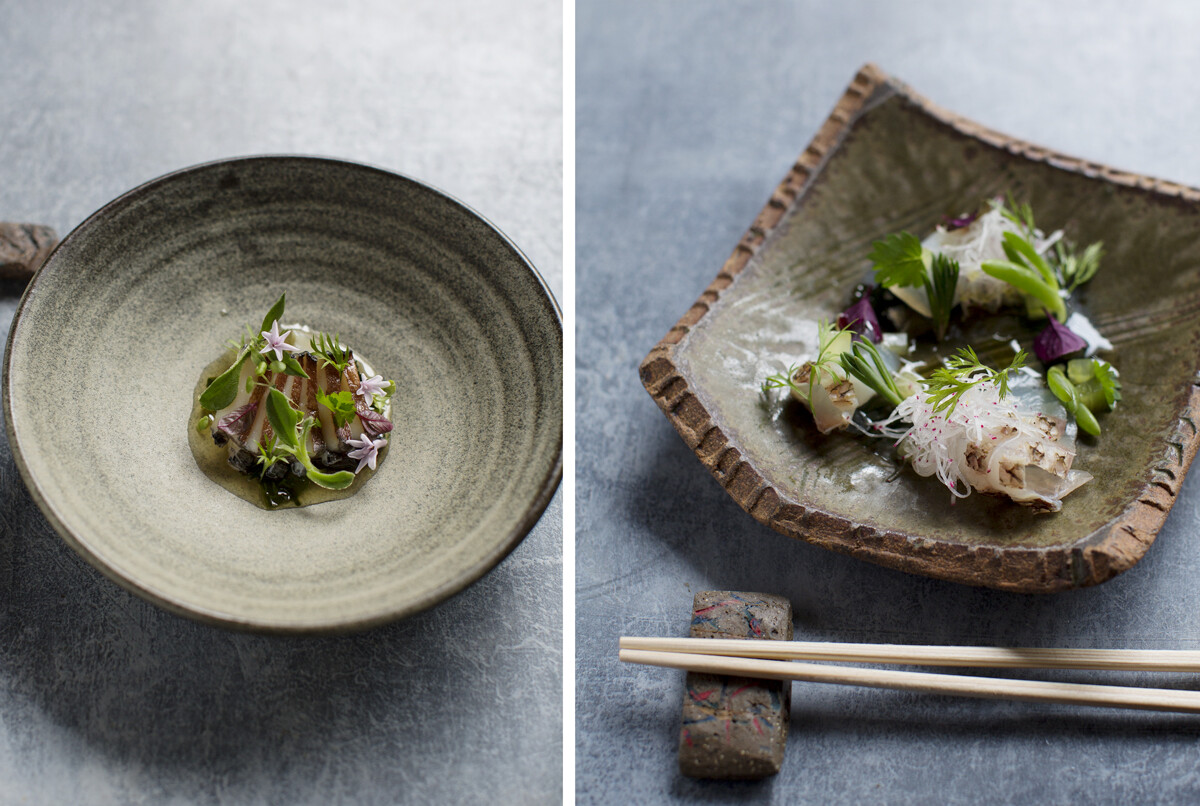