Taubenkobel is a family affair. And it feels like it every step of the way. Three generations of Austrian and Austrian-adopted blending of the old and the new into a perfect puzzle of today’s values.

Ruxandra and Gabriel are food & travel writers based in Bucharest, Romania. They are constantly traveling around the world looking for outstanding gastronomic experiences. Follow them on Instagram: @amusebouche_ro

It all started back in the 1980s when Walter and Eveline Eselböck decided to move to Schützen am Gebirge, a one-street village just 35 miles from Vienna, close to the Hungarian border, in a region blessed by the richness of the Pannonian Plain. They took over an unpretentious, 19th-century farmhouse that naturally developed into a business, as the couple had strong social connections. Walter turned from DJ to chef and his wife, Eveline, became a sommelier.

Step by step, they started gathering wild herbs growing in the meadows and hills around nearby Lake Neusiedl, producing ingredients or sourcing them from the area’s small producers, fully embracing natural wines and adding brick after brick for a solid fortress against the gastronomic wave of the period. Free of any restrictions, but with a feel for quality. They were determined and visionary enough to develop the restaurant into one of Europe’s most authentic destinations, a status maintained today by their daughter Barbara and her French-born husband, Alain Weissgerber. By virtue of their added magic, with Alain heading up the kitchens and Barbara the overall hospitality experience, Taubenkobel gets the best from both generations. The couple accepted the inheritance in 2012, but brought in a breath of fresh air, mixing their vision in an eclectic tableau that just feels right.

“We really enjoy eating out. That’s how we discover the many things that are new, those that are different, those reminiscent of times past,” the couple readily declare. Alain was named “Austrian Chef of the Year” in 2018 and Barbara “2017 Maître D’ of the Year” in Austria. This is in addition to earlier accolades, including two Michelin stars before the guide dropped its national coverage and limited itself to the cities of Vienna and Salzburg. 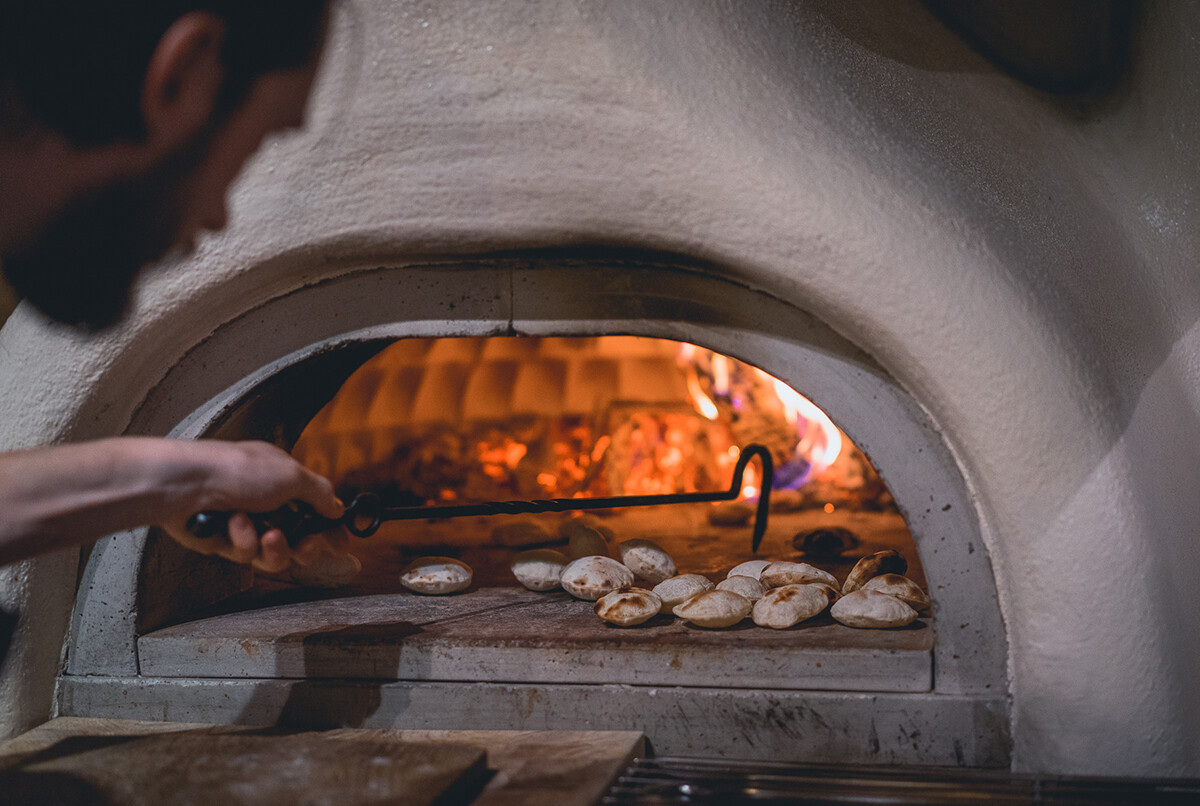 The menu at Taubenkobel is a beautiful composition of the Pannonian lowlands. Our four-hour tasting experience – starting with pigeon meat (“Taubenkobel” means “house of pigeons”) and three varieties of fish from the nearby lake, and growing into more complex messages like “the stuffed quail in hay,” a recipe dating back almost 20 years – was a colorful journey of ingredients in full bloom alongside “just-like-home” rituals.

Probably the closest to our hearts was the bread service ritual. Barbara herself brought a crispy, straight-from-the-oven loaf of sourdough and hand-pulled a piece off for each of us, standing in the cozy dining room, charmed by the process and its aromas. On the table, to accompany the bread, wild herbs dressed in olive oil were lined on small plates. All picked in the surroundings that same day. And, of course, the perfect butter. Then, as one marvel was followed by another, a whole duck greeted us at the table before going in the oven, so we became more aware of everything touching our palates. We were even invited to stand next to the wood-fired oven to watch Alain pull the pigeon meat from within when it was ready and carefully arrange the plates in what felt like a family scene out of a 1980s TV show. 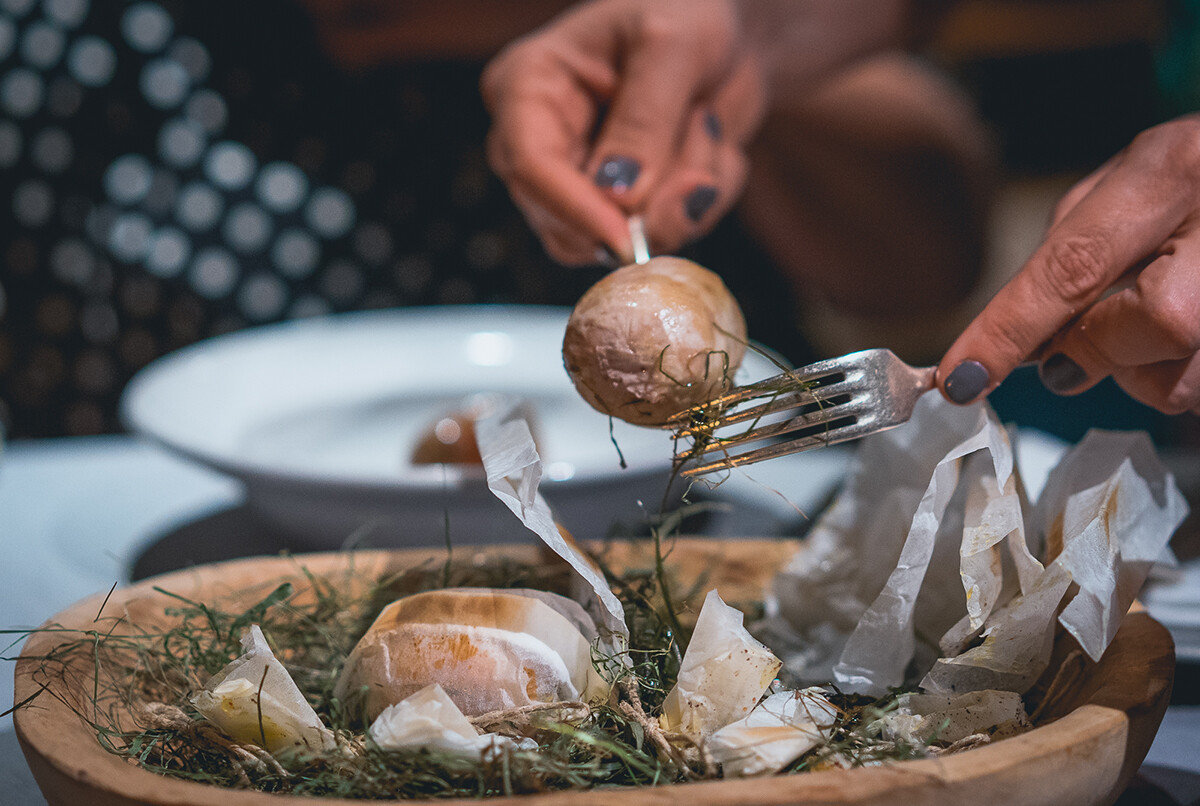 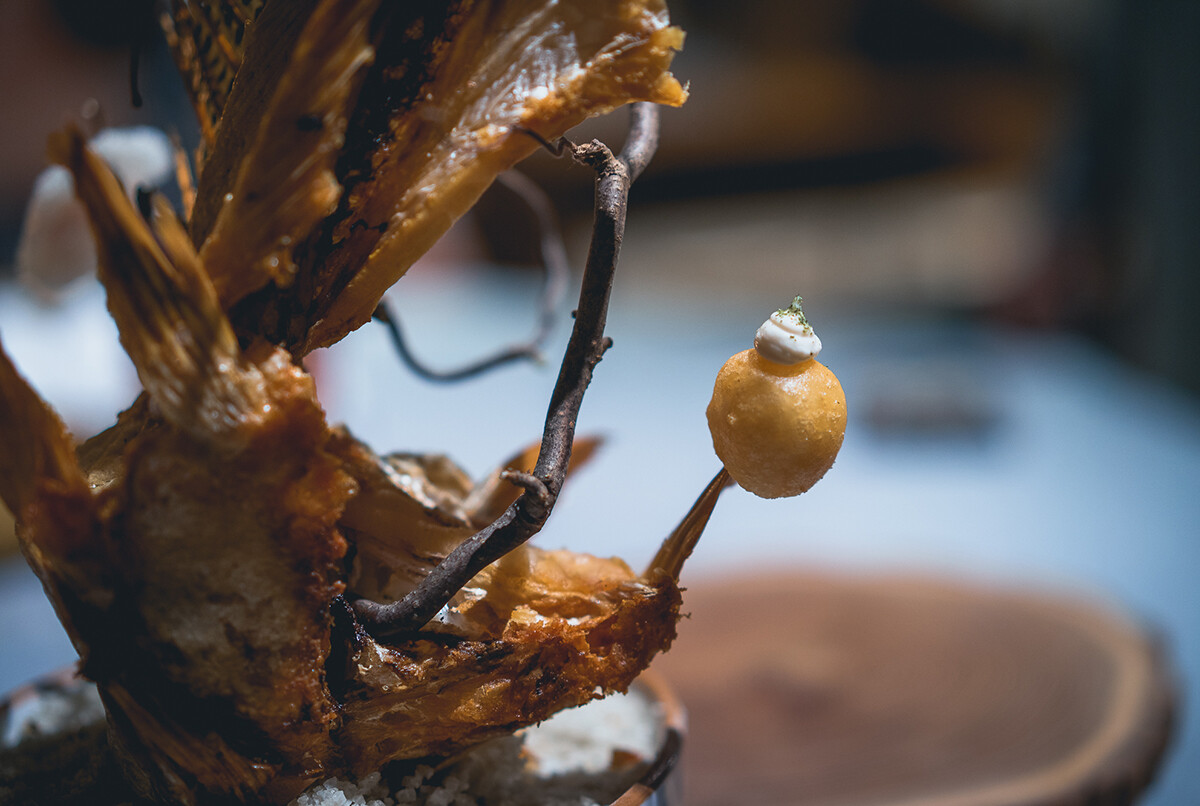 The food is the heart of Taubenkobel, as it always has been. But the overall story reveals a uniquely designed experience involving upgraded elements mesmerizing each guest right from the doorstep. Wooden beams and traditional furniture sit alongside impressively expensive pieces from Austria’s finest artists, a Pulp Fiction table prop by controversial artist Allen Jones, tactile fabrics, a natural pond for outdoor swimming, amazing gardens, and an outdoor bar. The details, the ambiance, the people, the ingredients, the wines. It all makes for a memorable whole, strongly connected with its roots. 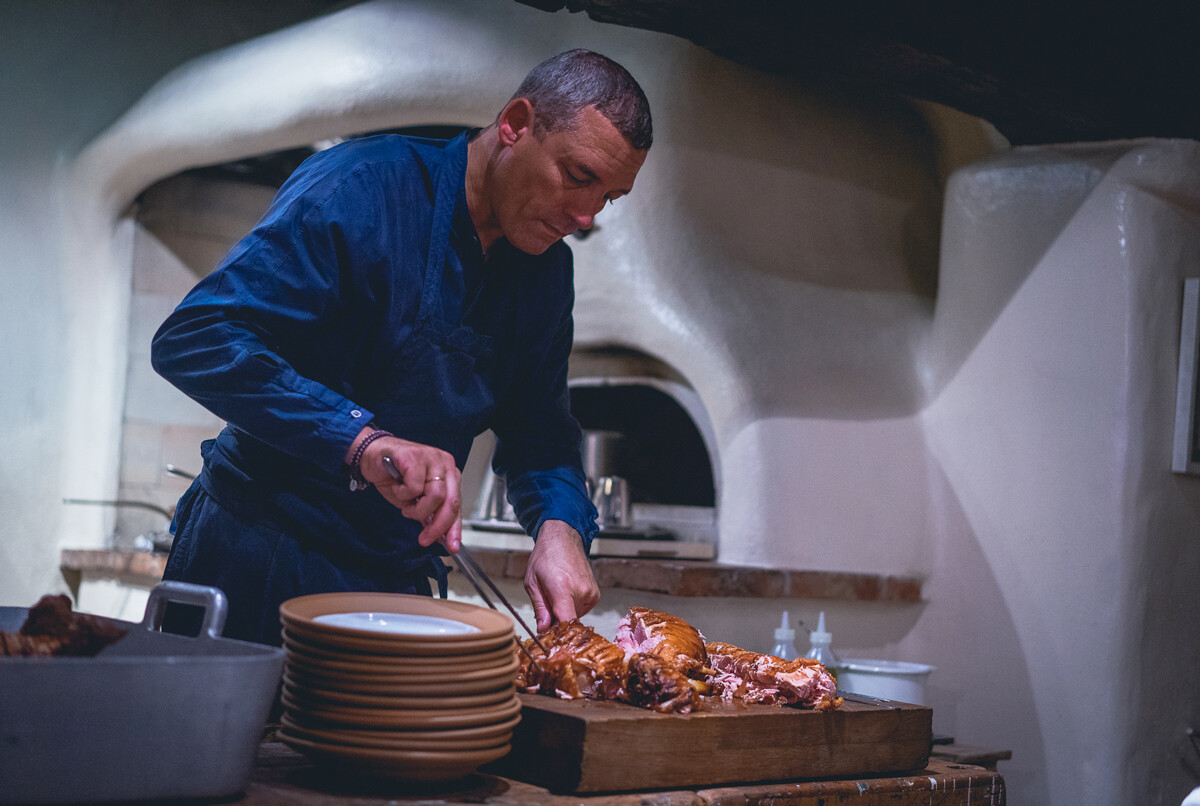 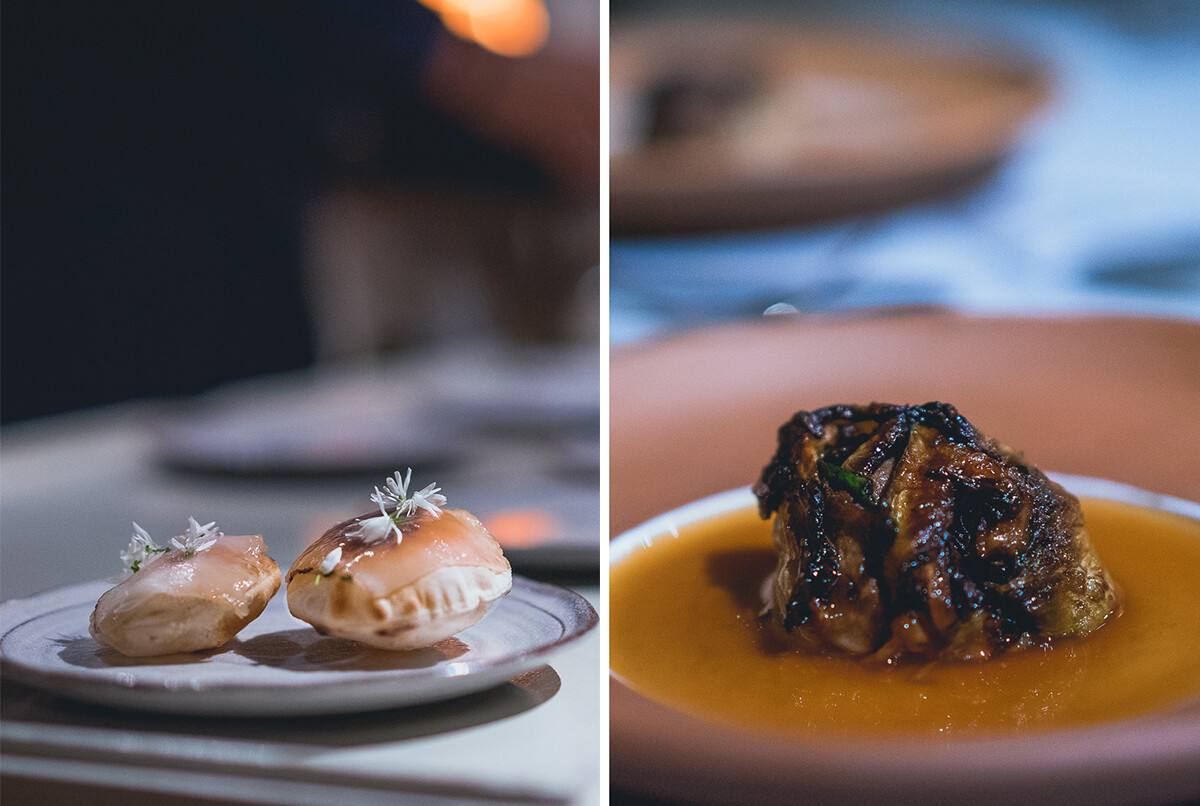 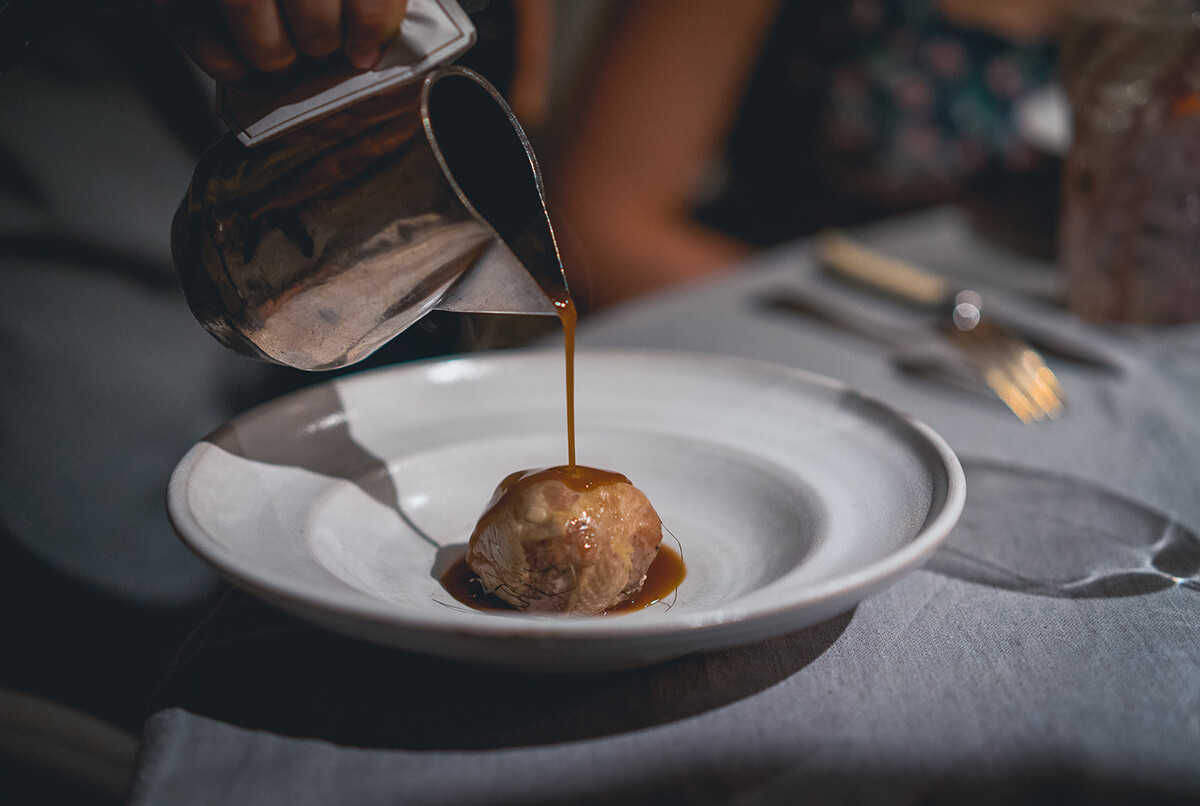 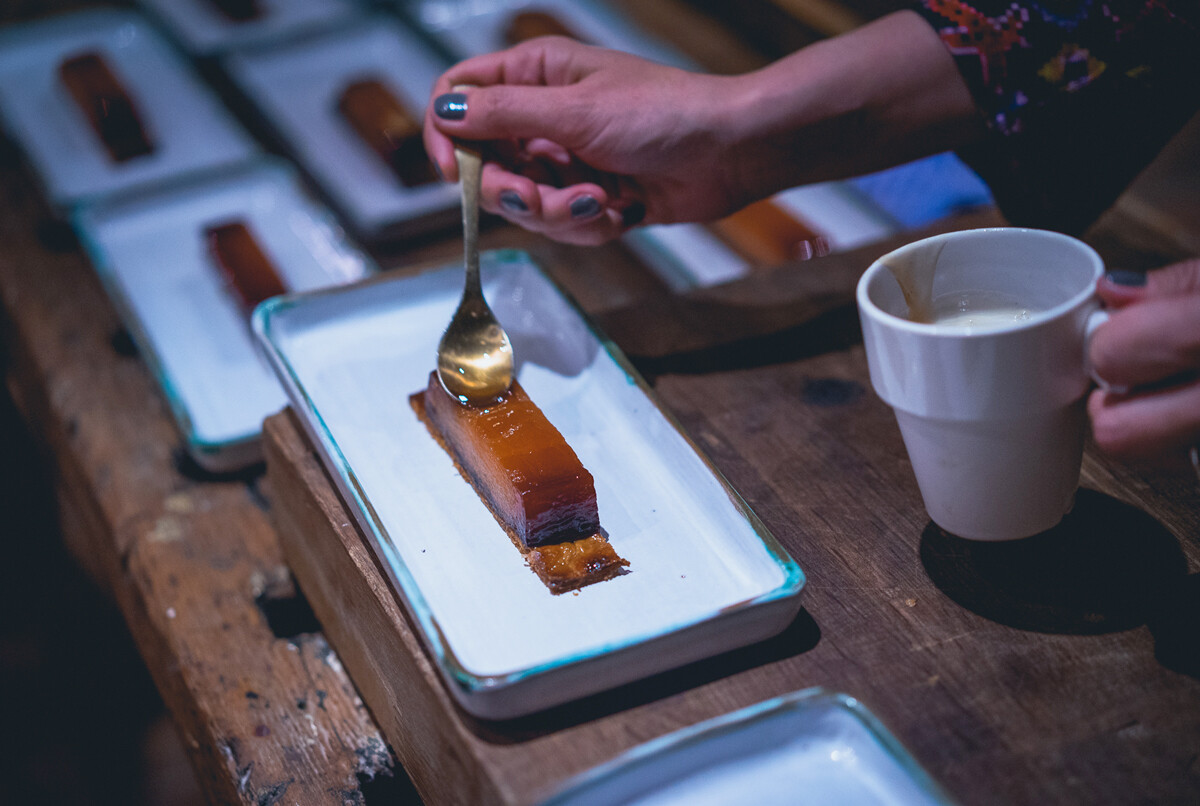 We spoke of three generations, but only mentioned two of them. The third might be Barbara’s grandfather, who began running an eselmühle (donkey mill) in 1961, breeding animals and doing things the “organic” way. Or it might be Barbara’s 15-year-old daughter, already helping her parents with service on the weekends. As we said, Taubenkobel is a family business. And, to the outside observer, it feels like a perfect family affair.