In the heart of Manhattan's hustle and bustle is an airy sanctuary, newly Relais & Châteaux member, where Alsatian elegance at once excites and soothes the senses.

Tarajia Morrell is a freelance journalist who grew up at the table. In 2011, she started her blog, The Lovage, where she writes about her eating adventures and shares her work for publications such as the Wall Street Journal, Saveur and Conde Nast Traveler. 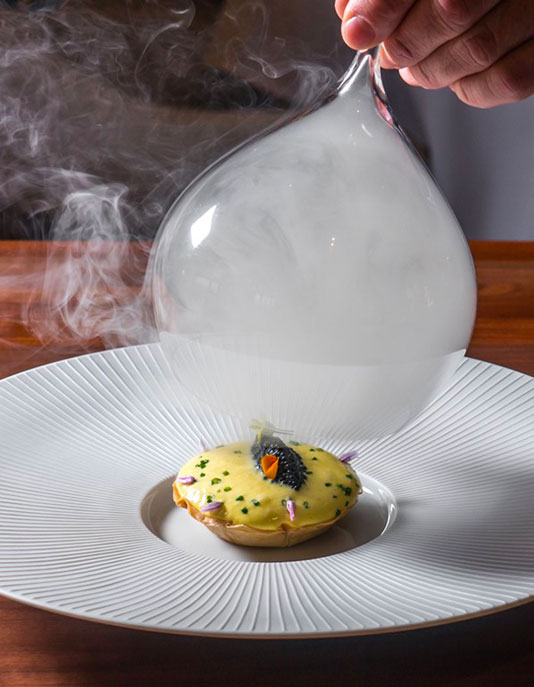 Opposite 42nd Street from the imposing stone musculature of the New York Public Library and bustling Bryant Park, Gabriel Kreuther’s culinary oasis is a surprise to the senses—a most welcome one. Soaring timber beams give the room an airy, chapel-like quality, and the curvilinear lines, serene table-scapes and large window into the kitchen make it feel like a luxury work shop and hints at what is to come: Kreuther’s inspired food.

The meal begins with bread, though that plain word hardly does justice to the housemade kougelhopf that’s ribbon-fastened and unfolds with whipped chive fromage blanc before us like a first gift from a new crush. Then, in the first of four courses, the clean flavors of cured Atlantic fluke are met by Maine uni’s sultry sweetness and brightened by green apple and Meyer lemon. Foie gras—a Kreuther mainstay—doesn’t disappoint: scored and delicately seared, it’s served with the earthy combination of quince and sunchoke, with chestnuts to add texture, and a bourbon-vanilla gastrique. The wintry ingredients come together in sultry sweet-savory balance; it’s unforgettable. 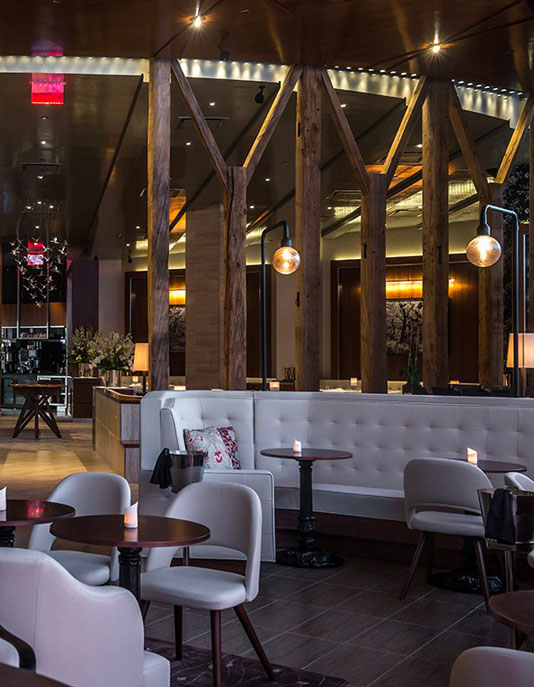 Kreuther’s Alsatian roots and playful nouvelle cuisine approach are nowhere more evident than in his sturgeon and sauerkraut tarte—a smoky, sensual treat—and the deconstructed squab “en cassoulet.” Pickled kohlrabi balances the rich combination of stewed coco beans and housemade duck sausage; it’s homage to the traditionally humble yet rich dish that as he reimagines it becomes a delicate, surrealist collage.

The wine list naturally has just as much to say as Kreuther’s menu, with old and new world selections, an impressive array of vintage Champagnes and also Pétillant Naturels (sparkling wines without the addition of secondary yeasts or sugars). The cocktail list tells the story of Bryant Park opposite, with cocktails named after historical happenings and people significant to the environs history, a thoughtful way to bring this central New York location into the sanctuary of the restaurant.

Kreuther has been responsible for giving us New Yorkers some of our favorite meals at Big Apple institutions like La Caravelle, Jean-Georges and, of course, the Modern, so it’s no surprise that restaurant Gabriel Kreuther has won every accolade, from its New York Times’ 3-star review to its consistent Michelin star, perhaps what’s most surprising is that a restaurant of this echelon can retain that feeling of discovery.