Awarded the title of Grand Chef Relais & Châteaux in 2008, Christophe Bacquié has just received the ultimate accolade in the gift of the Michelin guide: a third star for the restaurant that bears his name at the Hôtel & Spa du Castellet in Provence.

After completing her studies in cinema, Sophie embarked on the path of cooking. Today, she's an events organizer and Founded Fulgurances l'Adresse with two partners to continue the good work of showcasing the artisans she respect so much via her foody stories and pithy posts. 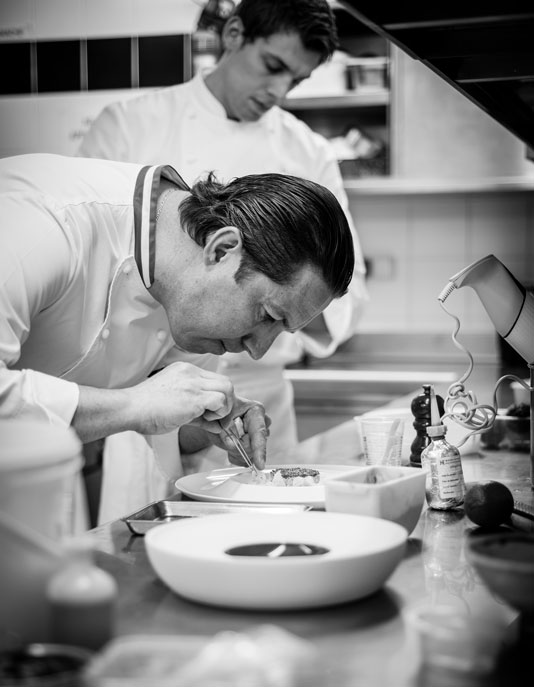 Christophe Bacquié speaks in the urgent tones of an assertive chef in a constant race against the clock. But he also has another, softer, voice. Especially when he talks about Corsica, it becomes almost dreamlike. Its luxuriant nature, its culture and the just-delivered meaty charcuterie... all remind him of the island of his birth. He speaks of his great good fortune to have grown up in the family hotel and restaurant, attended catering college there and spent twelve years as chef at the Villa in Calvi: “A decade is a long time in the life of a cook”. It was there that he achieved two-star status and learned the freedom to express himself and move on from the things he had learned from some of the great names. So is it the diversity of landscape that guides him or the increasingly close links he forges with local producers? Wherever he lives, the chef loves to weave into the conversation reminders of how important it is for him and his team to nurture close daily relationships with local artisan sources. Following his recognition as a Meilleur Ouvrier de France in 2009, Christophe Bacquié became the Chef at the Hôtel & Spa du Castellet not far from Cassis; a move designed to keep him close to the Mediterranean.

He saw his new responsibilities as the perfect challenge. He hit the ground running, and secured his second star in 2010, followed this February by the coveted third for his famous 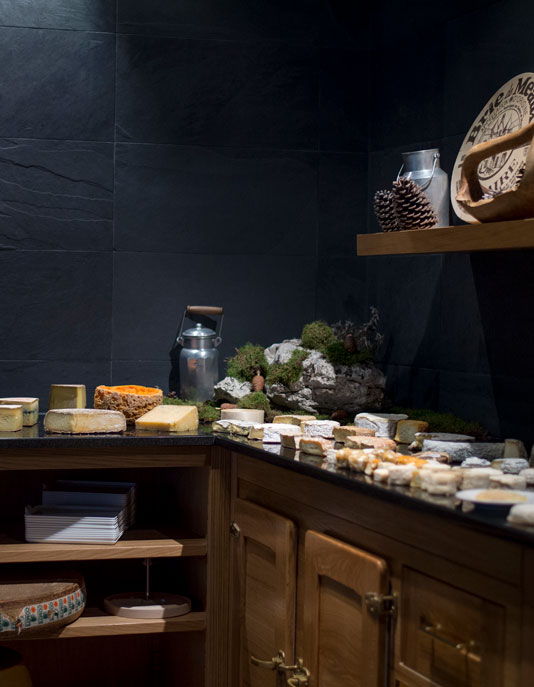 Restaurant Christophe Bacquié, where he expresses his creativity to the full. It’s a change that says a lot about his long-stated identity and his desire to create a fine dining environment worthy of his aspirations: contemporary, uncluttered and openly embracing the sea. Although the chef has been in massive demand since the announcement of this new honor, we managed to steal a few minutes with him and find out a little about his vocation. “Cooking demands absolute commitment.” In sumptuous surroundings, Christophe Bacquié talks about how powerful the art of cooking is in bringing people together. “Beginning with our restaurant here. We hear so much about kitchens and chefs, but from my perspective, we should be absolutely celebrating the work done front of house. It's the staff in the dining room who tell the story of the food we create. Before every service, our front of house teams taste the menu, and I often ask them to pass on to our diners the emotions they felt personally, rather than to simply repeat what I’ve told them. I want strong personalities who simply can’t help communicating what they feel.” The fact that diners are invited to leave the table and visit the cheese room to make their selections is another facet of this desire to bring people together. "There’s a real desire to tell 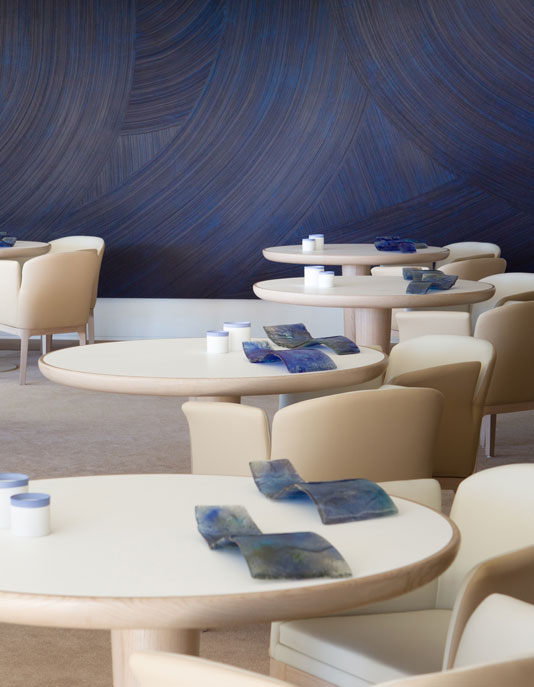 the story, and each cheese is introduced individually (there are 70), which creates curiosity. Naturally, this process makes our diners more sensitive to what they subsequently taste, awakens their interest and promotes the small local producers we work with.” This echoes what diners see when they first arrive: a simple tablecloth which is gradually dressed in a magic ballet orchestrated by the waiters. “As a believer in getting back to basics, I’ve always wanted the table to gradually fill as the meal progresses. It puts an end to a pointless presentation plate, multiple place settings and empty wine glasses. So in terms of setting the scene, it’s the exact parallel of focusing on perfect cooking and removing formality from the plate.”

It’s a confession that makes you take a closer look at the plates he serves: his Promenade en Mer menu is a celebration of sustainably caught fish. C 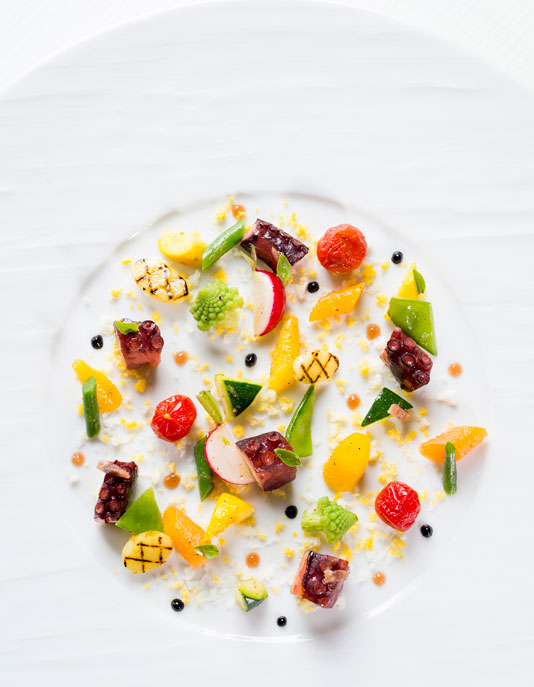 hristophe Bacquié is a committed member of Seaweb, and serves only unendangered species caught using eco-friendly techniques. He sees it as a way of paying tribute to the seas and - once again - reaching out to his customers. "The most important thing is taste in its simplest form: if you take a wild line-caught seabass, and one that’s been farmed at sea and given only fish meal, the result on the plate is a completely different thing.” For proof, look no further than the lustrous and deceptively simple line-caught hake cooked in foaming butter and accompanied by crushed ratte potatoes and truffle. Christophe Bacquié talks about this dish with an almost tangible appetite, then suddenly changes the subject to the artisanal skills that “we still need to protect and nurture in France.” “It is these artisan skills that have helped me become somebody. I work with many people who have a job and a social life purely as a result of the hospitality industry. Of course, it’s very hard work and demands self-sacrifice, but when such a life is lived with conviction, strength and passion, it becomes something incredible,” he emotes. Today, when you ask him about his dreams for the future, he talks about longevity: “great cooks are a product of their long-term determination,” as Paul Bocuse said. And when he embarks on his most extravagant flights of fancy, he talks of a little place in Corsica with a set meal, animated conversation and dishes that bubble away in the middle of the table. It’s no coincidence that his favorite kitchen utensil is the cast-iron casserole: patience, maturity and warmth... Not a bad description of the man himself.