The restaurant’s name is French, as is the chef’s inspiration, but his cuisine is conspicuously Californian. Joshua Skenes concocts recipes that return ingredients to their rightful place. The flavors are sophisticated, the wines are breathtaking. It’s time to discover the new taste of America.

While a trip to San Francisco should be on everyone’s bucket list, it’s not just for its past of hippie trips, free love, and high tech: The city is also a giant laboratory for a sustainable sustenance that doesn’t skimp on good taste and pure pleasure. Born in Florida and trained in the Big Apple, Joshua Skenes chose this city of scarce sunshine to experiment in live-fire cooking, which has earned him a white-hot reputation worldwide.

For the hearth is the most important feature at the Saison restaurant. The fiery heart, with intoxicating, fragrant smoke rising above the flames, is dancing magic that draws the eye and intensifies aromas and flavors. It is pampered from 6:00 in the morning ‘til well into the night, fed with almond wood, wielding its destructive force that transforms the exceptional ingredients that are grown, fished, or hunted here in California.

There is intricate alchemy in this seemingly elemental cuisine. To the palate, the taste of the sea urchin is utterly unlike anything caught in the bay: smooth and sweet on toasted brioche, with a deep amber color. “What I care about most is the quality of the ingredients,” says Skenes modestly, sitting at a patio table before a paper cup, baseball cap on his head. “If a fisherman cooks you a fish fresh-caught from the river and he only lightly grills it, it will keep its essence, its freshness.” Like at Quince, San Francisco’s other dining superstar, Saison’s supplies come from its own farm. Thus rare tomatoes, in three waves, burst with flavor like they were just plucked from the vine, be they orange and served with chocolate, green and spiced with jalapeno in ceviche, or deep red like a starlet’s kiss, smoked and garnished with flowers. The house even raises its own abalone and produces its own caviar, seasoned with sensational salt and cooked, covered, at the corner of the hearth, sheltered in a banana leaf with spinach and seaweed butter. 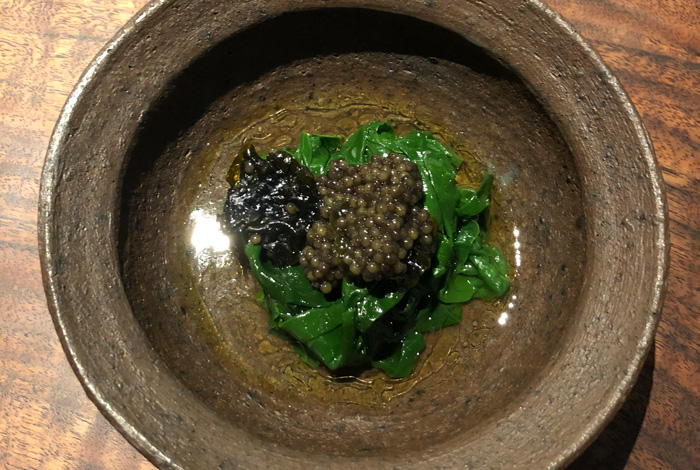 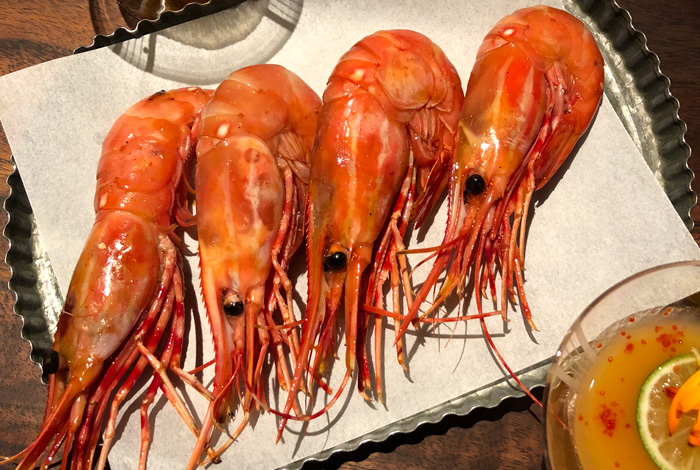 Since founding his restaurant in 2009, Josh has wanted his kitchens to be more than a place for awakening the five senses: It is a site for sharing skill and knowledge, a place to understand that cuisine – be it haute gastronomie or a home-cooked meal – begins with the land, the sea, the meadows, the woods. His shrimp, glazed then browned, will seem raw or cooked depending on each person’s culinary experiences: The main objective is to upload a new shrimp memory that will erase the others, like on a Silicon Valley computer. Here, you do not gobble or gulp: You cut, chew, contemplate…to memorize the fleeting finesse of the crispy cod in a sauce of citrus leaves and yogurt, the potency of the duck liver. “That’s my calling,” sums up this discreet 39-year-old artist, who was drawn to cuisine dreaming of Alain Ducasse’s Louis XV, but who never crossed the Atlantic.


Inspired by a libertarian education further honed by his practice of martial arts, Joshua Skenes knows where he’s headed, but today leaves Frenchman Laurent Gras, his new executive chef, to cook things his own way. The service is equally relaxed, rolling to a soundtrack of Eighties rock, but still tremendously attentive and anticipatory. The maître d’ and staff, picking the dazzling wines from a cellar as vast as the Milky Way, including Japanese sake, join you on your journey, one which cannot be summed up in nine Instagrammed snapshots. “As an American,” says the chef, who is opening a casual sibling eatery called Angler, “I feel a special responsibility to rectify a tendency that has led many people to do themselves harm while thinking they were giving themselves pleasure.” California is indeed a state that stands well apart from the others forming the U.S. of A.: It is an entity sending its own message out to the world, never looking back over its shoulder with nostalgia, building an honest and desirable future. 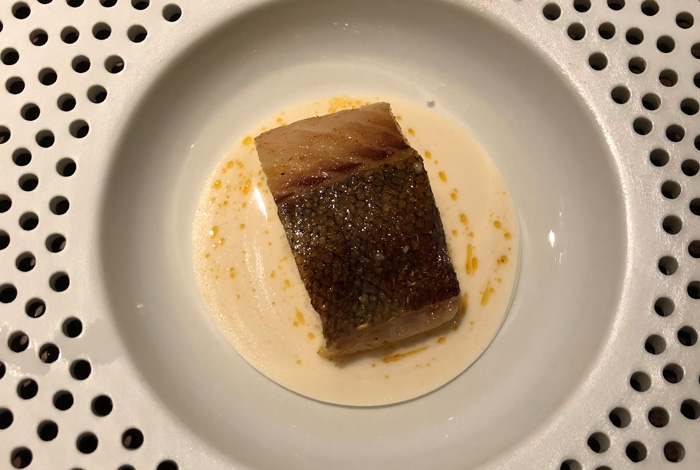 Other great restaurants, especially in France, have chosen to remove the tablecloths, dispense with formality, and, like Saison – awarded three Michelin stars since 2014 and hailed by the judges from The 50 Best –, invite guests to eat with their fingers. In San Francisco, though, not far from the organic farmers’ market held every Saturday, the experiment seems to have been more successful. This is helped by the crackling logs and stuffed deer, of course, but also by the intense momentum maintained through to the dessert, a sundae that has had its own trial by fire. The hunter-chef – now with help from his pharmacist wife – also invites certain guests to join him on his wooded ranch in the neighboring state of Washington, “because salmon doesn’t taste the same when you can hear the roar of the river in which it was caught.” This place, though recently opened to a handful of cosseted customers, is still kept secret. But we know that, there, they dine close to the hearth.