From the farm to the table in zero kilometers. This is the challenge that some cooks have chosen to undertake by also becoming Chefs de Jardin.

Pierre Hivernat is the founder and Editor-in-chief of the online magazine Alimentation Générale. He published also for the magazine Les Inrockuptibles and covered food at Médiapart, Libération and for the Omnivore guide.

We no longer know how all of this really started in the modern urbanized world. Is it due to the all to omnipresent history of pesticides? Perhaps it's the vegetables that have lost all of their taste or the fruit clogged with water? Without a doubt, it's all of these things combined. In short, gastronomy's contemporary history will one day remember when a renowned Michelin three-starred chef, who no longer had a taste for meat, decided to pay for the services of expert gardeners.

It was in 2002, when Alain Passard took meat off his menus and, having few possibilities for growing produce near his restaurant in the 7th arrondissement of Paris, set up his first vegetable garden in Fillé-sur-Sarthe. Was this announcement just to make an effect? A marketing move? A French concept? No, none of that. 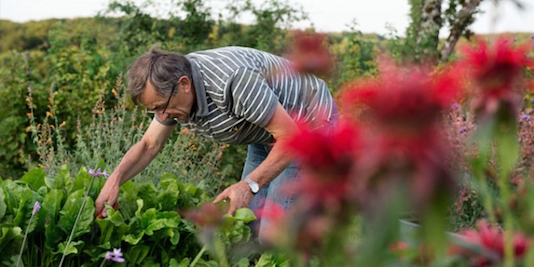 Well before him, there were chefs who had already decided to move where the grass is greener, having accepted all too well nature's messages of taste and health. It all started with
Michel Bras, in Laguiole, in the backwoods of Aveyron, who has been offering an "all vegetable" menu at his restaurant since 1978. His Gargouillou made from young vegetables gathered in the morning from the garden near his restaurant is always available on the menu at Suquet, which is now run by his son Sébastien. 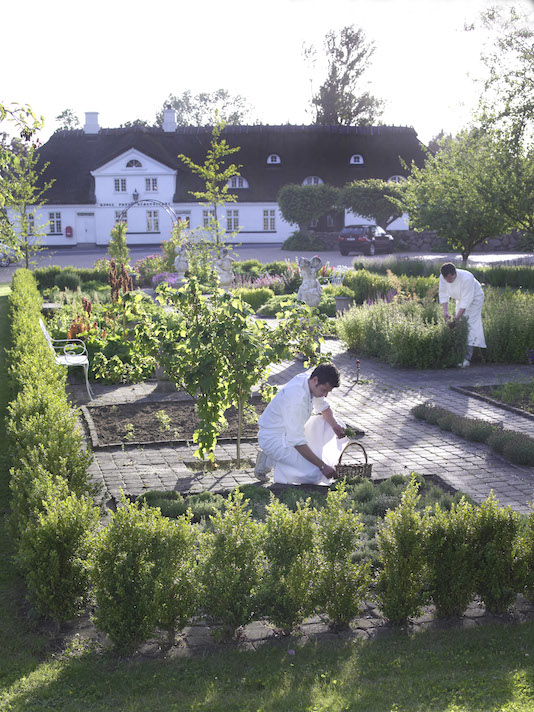 The urban Alain Passard like the rural Sébastien Bras is convinced that gastronomy is created through the quality control of products and therefore through the mastering of their production, and they are not alone in this belief. Some are even pushing this challenge further and further. Because while the climates in Sarthe or Aveyron are very forgiving for a wide variety of fruits and vegetables, the same cannot be said for Denmark. And yet... Per Hallundbaek, another Michelin-starred chef, who spent nine years learning the ropes of the trade under the frigid Norwegian climate, went on to take over the reigns of Falsled Kro in 2009 on the island of Funen, the same place where Andersen was born. Per's best tale is that of the six months of the year that he spends in his garden which supplies an impressive amount of magnificent herbs and vegetables, all grown without the use of pesticides.

Per may not know it, but just a few meridians away, he has a garden colleague on Île d'Orléans, fifty-some kilometers from Quebec City. It is there where Louis Pacquelin, 27 years old and already the head of a team of 50 cooks at Panache, spends many mornings talking with Alexandre Faille, the gardner. But look out, because Louis and Alexandre are constantly changing their roles, as the question of "what to grow?" impacts that of "what to cook?" and vice versa. 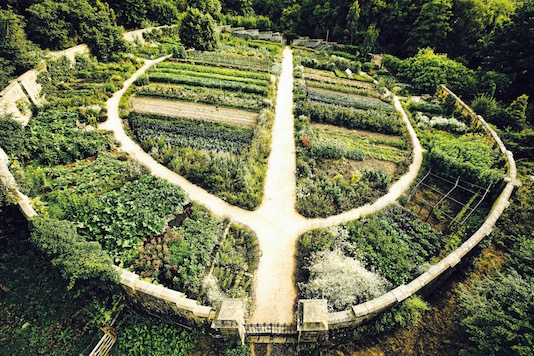 And then, there are those who are the lucky ones, who have only to bend over and gather the bounty. As part of the 699 biosphere reserves in 120 countries stamped with the UNESCO title, the life of a Chef de Jardin seems naturally easier. Like in the case of Gareth Ward, the executive chef at Ynshir Hall in the UK, who spends his time simply managing the abundance of the vegetable garden for his restaurant, where often the vegetable that is on the plate is one that only a few minutes earlier was still growing in the ground. 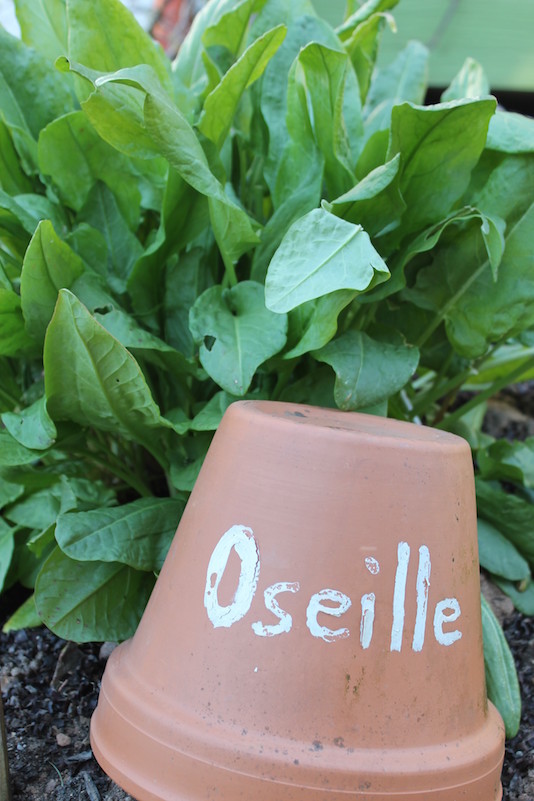 Finally, there are those who are incredibly generous, who have so much that they just give it away! And for this, the experiment led by Roger Bouhassoum, chef of the Hostellerie La Cheneaudière, is exemplary. When we arrive in front of Roger's organic garden in Colroy-la-Roche, between Strasbourg and Colmar, a curious sign welcomes us, "Food to share, serve yourself, it's free!" Okay, it's sure that the marketing gods have taken things a bit too far here. And yet no. 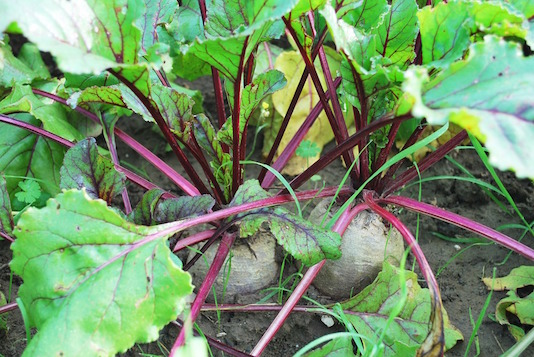 It turns out that it was precisely in Colroy-la-Roche where the French branch of the aptly-titled English movement "The Incredible Edibles", which promotes the donation of overflow, was established in 2012. In Roger's garden, there are radishes, lettuces, and herbs used in the chef's kitchen– including sage, thyme, lemon balm, mint, hyssop, great mullein... ingredients which are also seen on the lists of the different spa treatments offered at La Cheneaudière. Because when something is good for the body, it's good for the whole body and Michel Bras, who regularly runs marathons, is not one to disagree.