The ballet of east and west

In this part of the Fertile Crescent, birthplace of many great civilisations, Lebanon is rooted in the cool springs of Mount Lebanon, where the famous cedars grow, and in the sea once ruled over by the Phoenicians. Byblos, believed to be the oldest city in the world, Baalbek and its ruined Greco-Roman temples to the north of the Bekaa plain, Beirut... so many cities to satisfy travellers’ appetite for the East. Complete the experience with tables spread with mezze, crudités, mint and fromage blanc, delicious kahwa and honey-based pastries, then by watching the sunset over the Mediterranean from the Levantine coast. 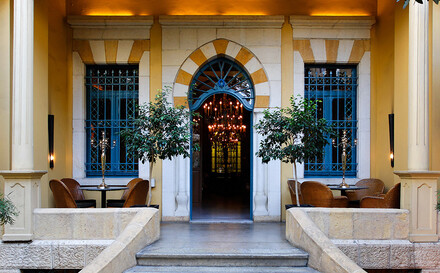