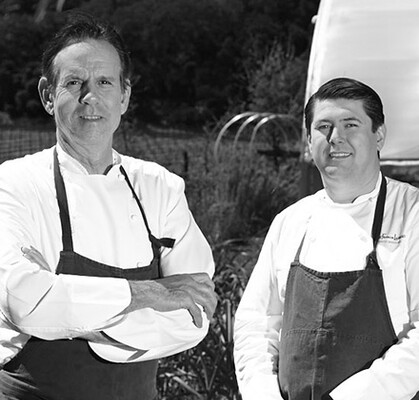 Thomas Keller: There were several points along the way that led to my becoming a chef. In July, 1977, I met Chef Roland Henin. He had a profound impact. He connected the dots for me. I learned the physical activity of cooking: doing 300 covers a night, for example. He also made me realize that the importance of having other people involved and that the whole point is the people in the dining room: To nurture them. There is inspiration all around you. It’s never one thing. You find it in in lots of different places and none of them you would want to predict. You just realize and embrace them. It can be being at the beach, reading, golfing, sports in the water. Lately, the last two years, I’ve been focused on golf. I love the determination involved, the rituals and the repetition--all that helps make one a good cook. Because I love repetition. David Breeden: As the chef de cuisine, David Breeden leads the kitchen of The French Laundry, carrying on the deep commitment and collaborative spirit that have made the restaurant what it is today. Like the chefs de cuisine he trained under, Corey Lee, Jonathan Benno and Eli Kaimeh, David is a product of a culinary culture shaped by a strong sense of community and Thomas Keller’s mentorship. David first staged at the French Laundry in 2005, parlaying that role into a permanent position as the kitchen’s butcher and later chef de partie. In 2006, he assumed the post of chef de partie at Per Se in New York, where, in the course of a six-year tenure, he rose to the role of executive sous chef. Born and raised in east Tennessee, David grew up exposed to a wide range of culinary styles including traditional Appalachian, low-country and French cuisines. He attended the Charleston South Carolina Johnson and Wales University program before moving on to work at some of Charleston’s finest restaurants, including The Charleston Grill, McCrady’s and Woodlands Resort and Inn. A genuine love of food and an appreciation for the communal pleasures of restaurant dining drew David to the industry. From the start of his career at The French Laundry, he has dedicated himself to communicating Keller’s philosophy and executing his culinary vision. In his latest role, which he assumed in 2013, David looks forward to leading the next generation of young chefs in creating the best experiences for guests at The French Laundry, which he considers his culinary home.

Its aroma and low acidity are incomparable. It’s one of the most versatile ingredients in our kitchen. In the early spring, we pick lots of Meyer lemons and preserve them in jars with salt and sugar so we can have them for the rest of the year.

THE MEYER LEMON - HOW DO YOU USE IT?

We use it at every station in the kitchen. The fruit’s acidity goes into the seasoning for a sea bass tartare and the zest is mixed with salt for curing king salmon. We also slowly caramelize lemon halves and then squeeze them over a slow-roasted poularde. In desserts, we include it in many different preparations, from a simple panna cotta to a delicate soufflé. 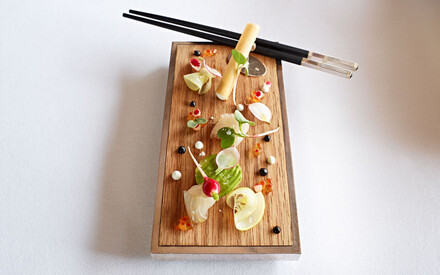 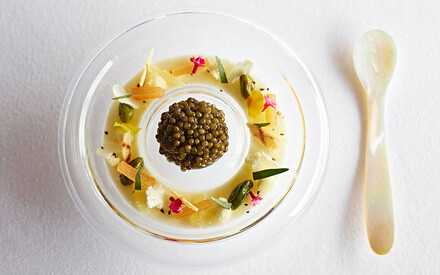 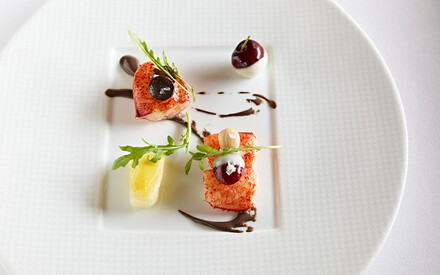 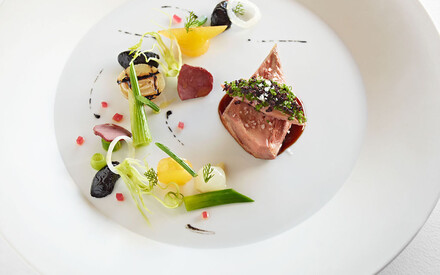 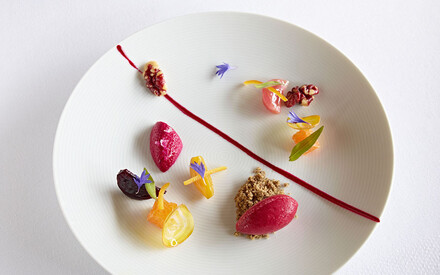 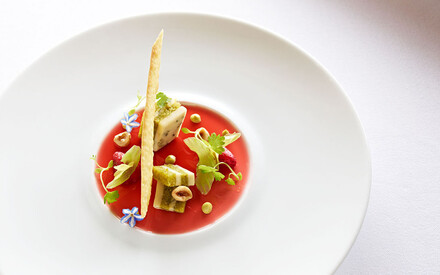