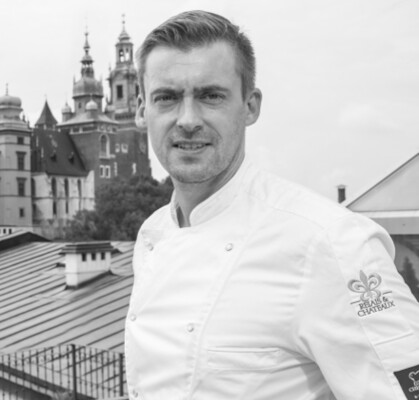 Story of a Chef 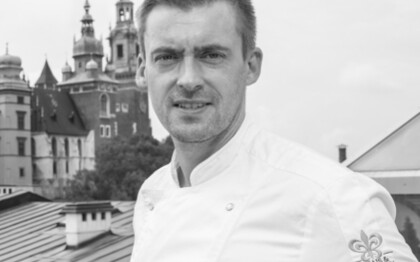 Gathered his experiences in several restaurants in Cracow, in Italy and in France. He had the honor to cook for many rulers, prelates, artists and actors form all over the world,

He won the 1st prize in the second edition of Wine & Food Noble Night 2009.
In the kitchen, he likes to combine different styles but the foundations are always derived from French and Italian cuisine. He appreciates the principle that the main flavor is dominant while the others – such as sauces and add-ons, serve to emphasize the depth and complete the dish.

He appreciates the Polish tradition. With the help of modern techniques and innovative thinking about cooking, he tries to move away from the stereotypes of our native cuisine. He therefore creates light and aesthetically pleasing dishes. His work is far from molecular kitchen, although he uses some of the techniques to decorate his dishes.

He admires supporters of classical cuisine such as Alain Ducasse as well as culinary revolutionists such as Granta Achatza or Petera Gilmore.

WOULD YOU LIKE EXCLUSIVE BENEFITS AT RELAIS & CHÂTEAUX?
Register